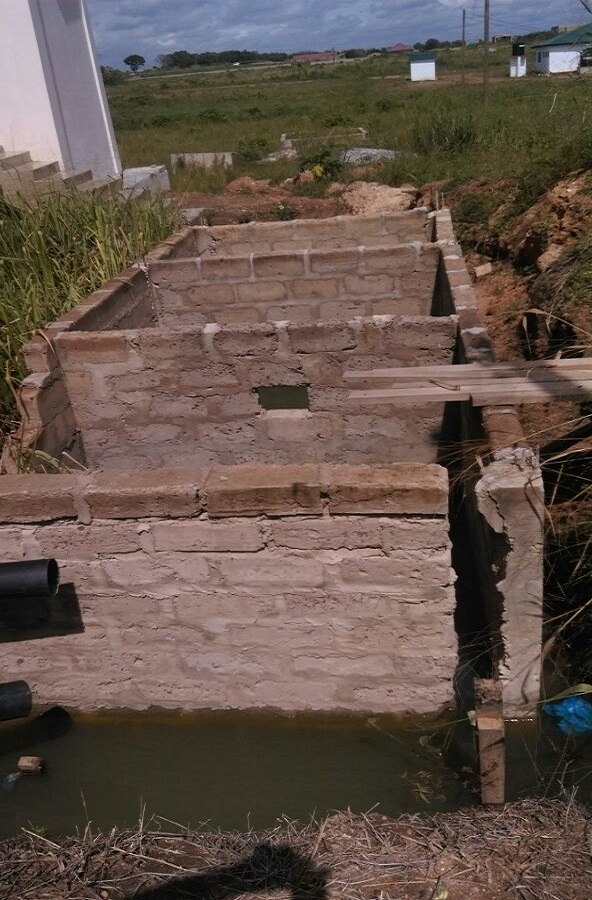 Judges, Magistrates, staff and patrons of the Ofankor Circuit and Magistrate Courts in the Central Region have to go through an routine uncomfortable experience of running to the bush behind the court building to ease themselves.

This is because after a year of completion of the new court building, authorities are yet to provide place of convenience for the staff.

The situation is so bad that persons of the noble profession are compelled to ignore public decency as lawyers and judges are seen urinating around the court premises.

In an interview with Kasapa FM’s Reporter, Benjamin Amuzu, staff and persons who attend the court to seek justice while sharing their plight, urged the authorities to immediately come to their aid by constructing toilet facilities, as the safety of staff and other persons are threatened with their constant visiting of the bush.

“Over here, whether you are a judge or an ordinary person you don’t have any option than to rush to the bush to ease yourself when nature calls. During the harmattan season where the bushes around the court got burnt, it was really difficult finding a place of convenience. One had to walk long distance to find a place to ease him/herself especially as the area is a developing one and has buildings cited far away” a staff said.

Another said: “Last week I unfortunately forgot my date and took a medication, I later had a running tummy and I really had a difficult time. Even as I’m speaking to you, look at a woman with the baby at the back entering the bush about to pulling down her slit to ease herself. What if you go into the bush and your case is called, that may appear as though you have disrespected the court and you know this may have its consequences. The situation is really discomforting, so we are asking government to cite a toilet facility here to complete the beautiful building that has been put up.

Statement: Our judges must save ‘fragile’ Ghana now

C/R: Police arrest Mother, 24, for dumping baby in a bush