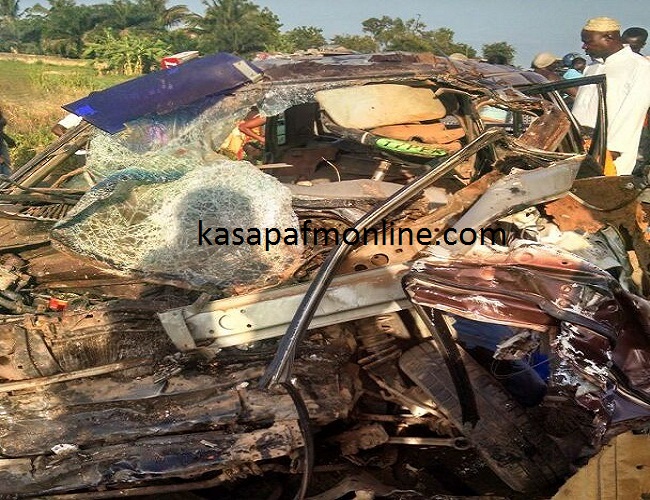 Three persons met their untimely death after they were killed in a serious accident at Fetteh Kakraba on the Kasoa Awutu Braku main road in the Central Region on Friday morning.

The unfortunate incident happened when the driver of a Sprinter bus which was traveling from Accra to Takoradi, tried overtaking a car and in the process crushed into a taxi cub traveling in the opposite direction from Awutu Braku to Kasoa in a head-on collision.

He added that the dead have been conveyed to the Agona Swedru Ggovernment Hospital mortuary pending autopsy, while the Police commence investigation into the incident.