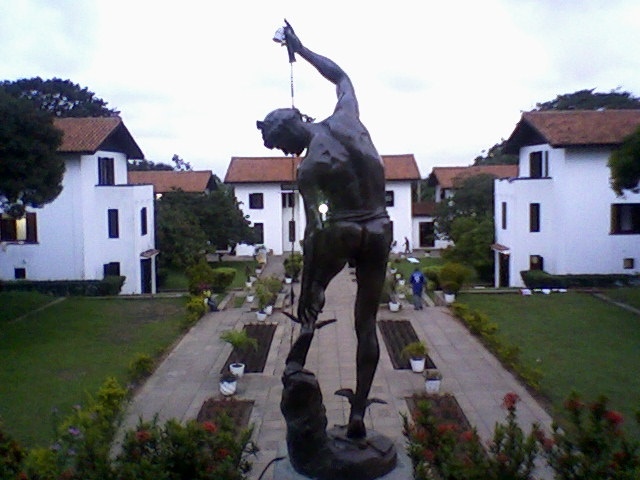 The Vice Chancellor of the University of Ghana, Professor Ernest Ayeetey has dismissed rumours that he has a axe to grind with the institution’s only all-male hall of residence, Commonwealth Hall.

According to him, he has done absolutely nothing during his tenure to suggest that he dislikes the hall which is unarguably the university’s most popular hall.

The Commonwealth Hall also known as ‘Vandal City’ had its first batch of students admitted at the beginning of the 1956-1957 academic year.

In the Lent term of that academic year, Ghana attained its independence from Great Britain, and the Hall, hitherto known as the Third Hall, was officially christened Commonwealth Hall to commemorate Ghana’s admission into the Commonwealth of Nations. The official opening of the Hall was performed in March, 1957.

The Hall has produced several renowned professional and influential persons including the current President of Ghana, President John Mahama.

However Commonwealth Hall is also popular for organizing certain events that are frowned upon by a large section of the university community and the general public at large, such as pawa night scene where students sing sexually-explicit songs.  Another is Gonno, which is a humiliating punishment (a ritual, it is believed) meted out to student-thieves caught in Commonwealth Hall.

But speaking to Bola Ray on Starr FM, Professor Ernest Ayeetey said a claim that he dislikes Commonwealth Hall remains a misconception which is not backed by facts.

“This is one of the several misperceptions about me and various things. I’ve done nothing as far as I’m concerned that should suggest to anybody that I dislike Commonwealth Hall. I believe it’s more of guilty conscience. They do things that they expect me to dislike; quite recently I’ve had to sanction a number of them for what they call ‘minimpinim’, a food fair which is quite rowdy as it is against our rules.

“I believe students today must spend more of their time on things that really add more value to their lives, than wasting their time on social things structured in a manner to take you back not in your best interest and the nations interest. It is important that students looking for fun engage in activities that are socially acceptable. I have nothing against Commonwealth Hall…indeed I have very good relationship especially with the last JCR President and I have a very good relationship with the Hall Master. If students in Commonwealth Hall believe that the Vice Chancellor has something against them, then I will want to assure them that there is nothing like that.”