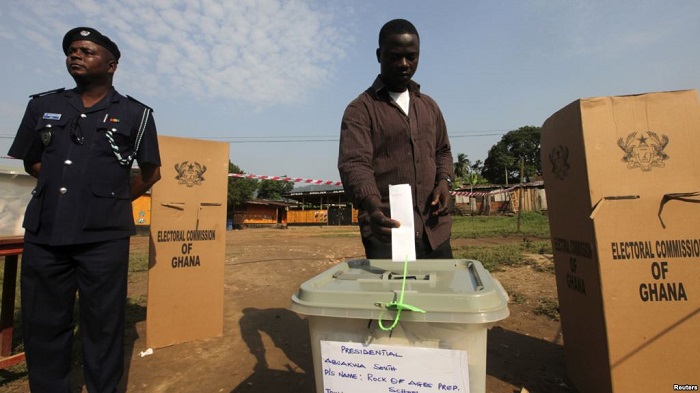 A draft bill seeking to amend the 1992 Constitution to move the constitutionally mandated December 7 date for presidential and parliamentary elections to the first Monday in November of every election year has been gazetted.

There are concerns that this year’s polls may not take place on November 7, as proposed, because of time constraints.

In an interview with the Daily Graphic in Accra, the Attorney-General and Minister of Justice, Mrs Marietta Brew Appiah-Opong, said an amendment to the 1992 Constitution was required before Ghanaians could cast their ballots on November 7, 2016.

She said to amend a non-entrenched provision of the 1992 Constitution, there must be two publications.

Accordingly, she noted, the first Gazette notification announcing the publication of the bill was published on March 9, 2016.

The second publication would be done on June 9, 2016 – three months after the first publication.

“The Council of State has within 30 days and can, therefore, refer the bill back to Parliament in less than 30 days,” she explained.

She stated that based on the timelines, the Electoral Commission (EC) could go ahead with plans for the November 7, 2016 polls

The memorandum accompanying the Constitutional (Amendment) Bill, 2016, states that “the bill amends Article 112 (4) of the Constitution to make provision for parliamentary elections to be held well ahead of the expiration of the tenure of Parliament to ensure an effective and smooth transition”.

The memorandum, signed by Mrs Appiah-Opong, noted that currently the date set aside in respect of the conduct of both presidential and parliamentary elections in the country was December 7, while the swearing-in of the President would take place on January 7 of the ensuing year.

“However, the one-month period for the transition of one government to the other has, over the years, proved insufficient for a smooth transition, particularly in instances when there is a run-off election, as was the case in 2000 and 2008.

It said one of the recommendations made by the committee was a change in the date for the conduct of the general election from December to November.

“(a) It has been published twice in a Gazette, with the second publication being made at least three months after the first; and

“(b) at least ten days have passed after the second publication.”

According to Article 291 (3), “Where Parliament approves the bill, it may only be presented to the President for his assent if it was approved at the second and third readings of it in Parliament by the votes of at least two thirds of all members of Parliament.

“(4) Where the bill has been passed in accordance with this article, the President shall assent to it.”

Both the Majority and the Minority in Parliament have doubts over the intention of the EC to hold this year’s elections on November 7, 2016 because of time constraints in amending the provision on the election date, but the EC has allayed their fears and assured them that all was on course. – Graphic Online