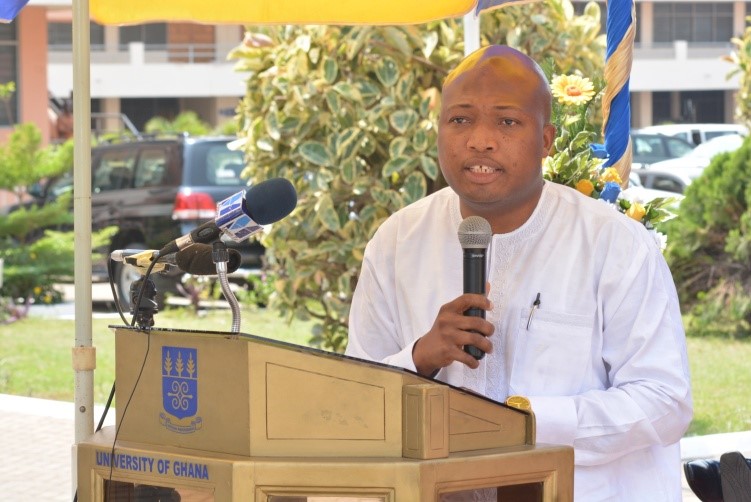 A deputy Minister of Education in charge of Tertiary Education, Samuel Okudzeto Ablakwa, has told the 2016 Presidential Candidate of the New Patriotic Party (NPP) not to be blindfolded by the desire for quick votes to downplay efforts by the government to convert all polytechnics into technical universities.

According to him, comments by the opposition leader, Nana Addo-Dankwa Akufo-Addo that the approach to the conversion exercise was wrong was farfetched.

In his view, the criticism of the exercise by former Attorney-General clearly demonstrates that he was not properly advised on the subject matter.

He told Accra-based Okay FM in interview on Monday that he is convinced the pronouncement by the leader of the elephant family was born out of his desire for quick votes.

Akufo-Addo last Saturday slammed President Mahama for adopting a piecemeal approach in the conversion of country’s polytechnics into technical universities when he stormed the campus of the Cape Coast Polytechnic during his five-day tour to the Central Region.

According to him, the decision by the government to convert some polytechnics while neglecting others have created some challenges, a situation he noted, could have been prevented if the State had exercise some restraint in the implementation of the initiative.

“We cannot do this policy piecemeal. Either you are doing it for everybody, or you are not doing it at all. We can’t have a situation where some are picked and some are left out of the process. It is not a good idea. Let us make sure that all the polytechnics in our country, in each of the regions, have the same infrastructure and the same level of development. Then we can make the transition for all of them. But pick some and leave some out, then you are disadvantaging and destabilizing the ones that you have left out,” he said.

The situation has irked a cross section of the public including politicians and some senior members in academia.

Earlier this year, students of the Cape Coast Polytechnic expressed concerns over their exclusion from the list of six polytechnics that were transformed into technical universities. This resulted in the disruption of some academic activities on campus.

Akufo-Addo in his encounter with the students assured them that when given the opportunity to govern the country, he would make sure that infrastructure at the polytechnics are fully developed and that the collaboration between the institutions and industry is strong.

But Ablakwa speaking further on the issues said the challenge with Cape Coast Polytechnic is not about infrastructure, believing that Akufo-Addo was not properly advised before going public on the issue.

“If you look at Cape Coast, their challenge was not about infrastructure. So there again either Nana Akufo-Addo was not properly advised or because he wants quick votes that is why he made those public pronouncement and got away. It is important for all of us to submit ourselves to a good work – a technical objective exercise. Because if we don’t do it well, the degrees that will be issued out will lack credibility and will not be respected by the international community. That is why we have hastened slowly in the implementation of this exercise”, he noted.

He added “It took the government almost four years to roll the conversion of these polytechnics into technical universities out. The thorough work that the Dr. Afeti Committee did is linked with international benchmarks. This exercise is not just about quick votes; it is a serious issue because the international community is watching”.