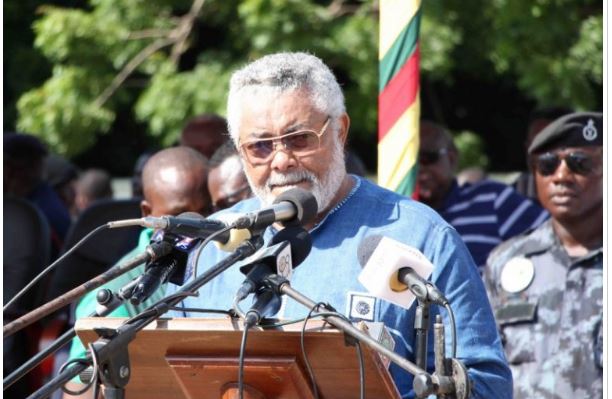 Former President Jerry John Rawlings believes certain developments over the past years have been the reasons for the country’s derailing development efforts.

According to him, he’s continuously been attacked after revealing these political and social ills which he claimed were drawing the country backward.

Speaking at the 37th commemoration of the June 4 uprising, he said: “I have spoken a few times about these serious observation and received the usual abuse and tribulations from cowards who in their delusion assume their ill-acquired wealth makes them untouchable regardless of the power and conviction of the ordinary hardworking and liberal people of this country.”

Former President Rawlings bemoaned the trajectory on the degradation of the environment claiming it was a reflection “of the poor standard and authority of a government”.

“In our country, the abuse has become dire because of the abuse of our water bodies through the dumping of non-degradable waste like plastics, metals, chemicals and other poisonous materials.”

The senseless abuse of our rivers and lakes for the new found craze for illegal mining.

“It is tragic to see rivers such as Ankobra, Pra, Offin and parts of the Volta that used to provide clean potable water to huge communities now turn into a flow of mud and grime,”  ex-President Rawlings observed.