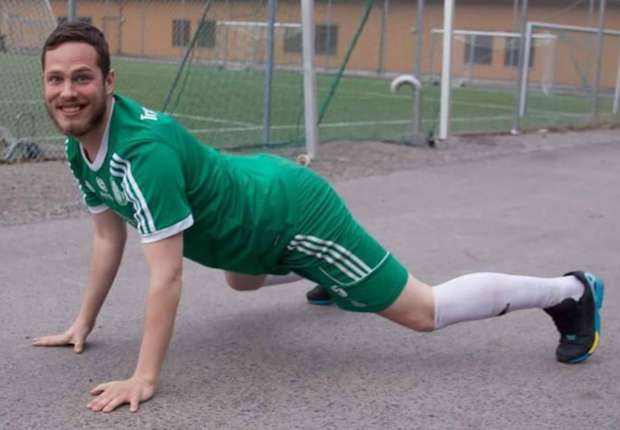 Adam Lindin Ljungkvist was dismissed in the late stages of a ninth-tier game in Sweden after he let off what was apparently a rather impressive fart.

There are many reasons a player can be sent off in a game – reckless tackles, two yellow cards, even swearing at the referee in some occasions. But Swedish football saw a bizarre new offence which seems incredibly harsh.

In a ninth-tier clash, Pershagen SK’s Adam Lindin Ljungkvist was sent off for “unsportsmanlike behaviour” when he farted loudly in his side’s game against and Jarna SK’s reserves.

The game was almost over and, having apparently already been given a yellow card, he released wind and was booked for the second time.

“I needed to fart, I had a bad stomach,” he told Lanstidningen Sodertalje. “So I just farted. Then I received a yellow card and then a red.

“I was shocked, it’s the strangest thing I have ever experienced on a football field.

He does, however, have a theory as to why he was sent off: “He may have thought that I farted in my hand and threw it towards him, but he didn’t say.”

The referee reported that he had already booked the player in the 65th minute, but Ljungkvist says he can’t remember receiving one.

And the referee, Dany Kako, has cleared up the situation, stating that it was indeed for passing gas.

“I perceive that it is a provocation against another player. He did it on purpose and it was inappropriate behaviour. Therefore, he received a yellow card.”

But even Kako admitted that it is an absurd situation.

“Yes. No one must get a yellow card for farting on the field. Once there was a player who stood and peed next to the pitch. That was also a yellow card.”

According to the opposition striker Kristoffer Linde says he heard the fart and testified to how loud it was.

“I was standing a good distance away but I heard the fart loud and clear. It was the strangest thing I’ve seen on the field, and I have been playing football since I was eight years old.”