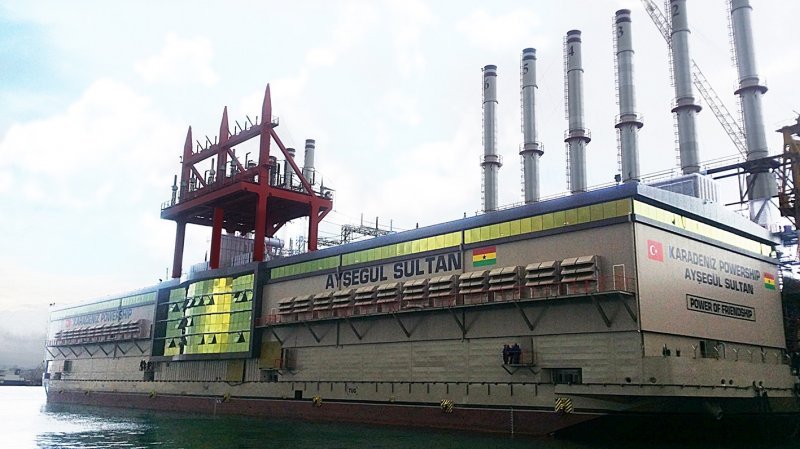 State-owned electricity distributor, Electricity Company of Ghana (ECG) and Karpower Ghana Limited have reached advanced stages of negotiations to increase Karpower’s generation capacity to 675 megawatts (MW) before the end of this year as part of steps to resolve the power crisis permanently.The Finder has learnt that aside hydro generation, Karpowership is currently producing power at the cheapest.This, coupled with reliable fuel supply, is the compelling convictions behind the decision to bring in the 450MW power barge.Sources familiar with the negoti­ations have told The Finder that both parties are confident of reaching an agreement soon.Consequently, a consolidated 450MW power barge is being con­structed in Turkey and expected to arrive in Ghana in November.This barge would also dock in Tema.Officials of Karpower Ghana told The Finder that when delivered, Government of Ghana would be given the first choice to keep Aysegul Sultan, the 225MW powership currently stationed at Tema Harbour.If ECG takes the decision to keep the 225 MW power barge in addition to the 450MW barge, it will increase Karpower Ghana’s installed capacity to 675MW.However, if ECG decides not to keep the 225MW power barge cur­rently in Tema, officials of Karpower would relocate it to their operation in another country.A Power Purchase Agreement (PPA) was signed in June 2014 be­tween ECG and Karpowership for two power barges.Per the PPA, two powerships, each with 225MW capacity, are to be provided to generate a total of 450MW and directly fed into Ghana’s electrical grid for 10 years.However, work on a steam tur­bine to beef up capacity to 235MW is currently ongoing.The powership uses the economic and abundant Heavy Fuel Oil (HFO) to generate electricity, but has the ability to convert to natural gas.According to Karpower Ghana, what the HFO does is to bring a new and cheaper fuel source, and that should translate into lower electric­ity tariffs for consumers.The company has an arrangement with the Ghana National Petroleum Corporation (GNPC), which is sup­plying HFO, and the expectation is that when gas from the Sankofa proj­ect comes on-stream, the plant would then be powered with gas, in­stead of HFO.Thermal power plants are running on natural gas, Light Crude Oil (LCO) and diesel.SavingsThe operation of the powership is estimated to deliver savings to Ghana in the range of $120 million annually, as well as create jobs for the country.The firm said it had invested more than $30 million in mobilisa­tion, site preparation, marine infra­structure, fuel supply, storage arrangements and grid interconnec­tion.All 12 engines of the 235 megawatt capacity powership are currently running, and the 220 megawatts being generated is a little over guaranteed capacity.Karpowership signed an agree­ment with the Electricity Company of Ghana (ECG) in June 2014 to as­sist Ghana with a crippling power generation deficit that plunged the country into darkness. – The Finder