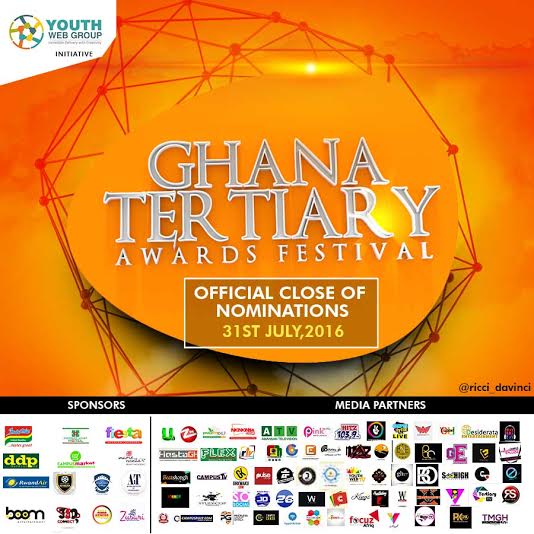 Youth Web Group, Organizers of the Ghana Tertiary Awards wishes to officially inform students and the general public about the official close of Nomination entries on the 31st of July, 20  16.

The closing date has been pushed forward to from the 31st of August, 2016 to 31st July, 2016 to enable the Board have enough time to critically access and have proper background investigations on all the 17,495 students who applied for the Ghana Tertiary Awards 2016 Festival as compared to the 1,468 students who applied last year.

This major rise in students’ application for this year’s Ghana Tertiary Awards 2016 Festival has forced the Board to carefully closed nominations and have ample time for the selection process.

Again we will like to use this platform to thank all the 17,495 students out of the 315,000 Tertiary Students who have applied so far and encourage the rest to pick their nomination forms within this few days left.