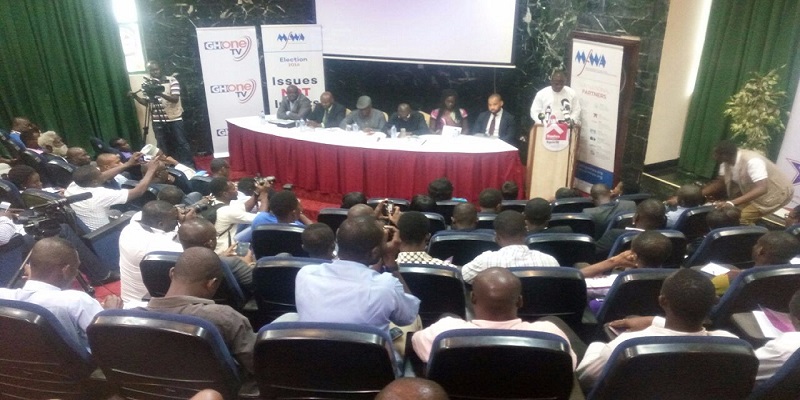 The Media Foundation for West Africa (MFWA) in partnership with the Excellence in Broadcasting (EIB) Network on the evening of Wednesday July 20, 2016, held a Public Forum on Media, Hate Speech and Peaceful Elections in Ghana.

They deliberated on emerging issues of hate speech in campaign communication in both traditional and social media and ways of addressing the challenge to contribute to peaceful elections.

The MFWA’s campaign language monitoring project tracks the use of abusive campaign language on 60 selected radio stations across the country. The project also monitors how moderators and show hosts of the target stations handle their programmes.

The project names and shames individuals who use abusive language and radio as well as their political parties. The project also names radio stations and presenters who allow their platforms to be used for abusive campaigning.

The forum’s media partner, EIB Network believes the outcome of the event delivers on a key objective of promoting a culture of tolerance and peace to characterise the conduct of the upcoming polls. The Network’s Chief Executive Officer, Kwabena Anokye Adisi noted, “our trail blazing role must be evident in every effort to defend the enviable democratic credentials of our country. It’s an onerous duty call for every media organization, but for EIB, it’s a patriotic agenda hence our chief support to make it happen”.

The public forum is being implemented with funding support from OSIWA, STAR-Ghana, the Embassy of France in Ghana and the EU (through Socioserve-Ghana).