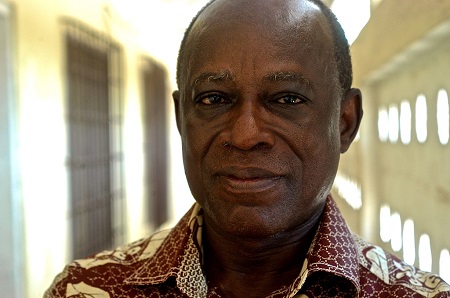 Former Chairman of the National Media Commission (NMC), Ambassador Kabral Blay-Amihere has attributed the cause of hate speech to the ownership of media houses by politicians.

In his view, the ownership of media houses in Ghana is shrouded in secrecy to the extent that one will find it difficult to believe when these personalities behind the media houses are unveiled.

He said most of the unpalatable words being witnessed on the airwaves are as a result of lack of policy and standards in the inky fraternity.

“First of all there is no transparency so they just allocate the frequencies and most of them are political owners who set up the radio station for a single purpose. If you look at some of the people who have been given frequencies, you will wonder when they saw the press as a medium for business. So, this is where we are today. Political ownership is the cause of most of the problems”, he noted.

Ambassador Blay-Amihere made this observation on Wednesday at the ‘Public Forum on Media, Hate Speech and Peaceful Elections in Ghana’.

The event was co-sponsored by the Media Foundation for West Africa (MFWA) and the Excellence in Broadcasting (EIB) Network.

The participants deliberated on emerging issues of hate speech in campaign communication in both traditional and social media and ways of addressing the challenge to contribute to peaceful elections.

The NMC past chair commenting further said the West African nation is at “where we are today” because the institutions that are supposed to ensure checks and balances of the media do not have the power to do so.

For instance, he said the National Media Commission (NMC) does not have a hand in the allocation or management of the spectrum granted to radio station owners by the National Communication Authority (NCA) yet it is expected to control the content that would be generated by the station.

“So, the NCA does its part and it cannot control content – when you come to the NMC to control content, they have no powers to do that. That has been the problem”, he added.