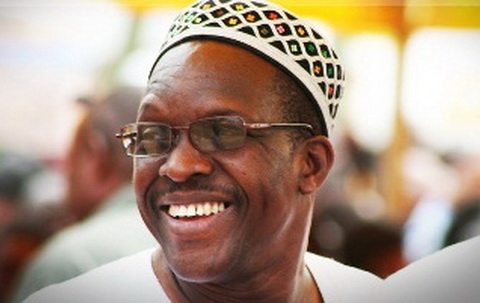 Majority Leader of Ghana’s Parliament, Alban Sumana Kingsford Bagbin has cautioned the governing National Democratic Congress (NDC) against complacency, stressing that the election 2016 is there for the umbrella family to win but that will demand hard work.

Bagbin who is also the Leader of Government Business in the Legislature said the NDC has worked very hard to deserve another term in office since its achievement is non-comparable.

However, he warned that victory will not be achieved on a silver platter, urging all party members to work harder than even before to ensure that their quest of winning political power in 2016 comes to fruition.

“I am more than convinced that we are winning the 2016 Presidential and Parliamentary elections. It is very clear to all that the 2016 elections is there for our taking. Our opponents whether they are NPP, CPP, GCPP, PNC and all the other Ps, they can’t match the might of our great NDC party. I take this not as wishful thinking”.

“My conviction is based on following reasons – the NDC this time around is more united and formidable than even before. The government building on the foundation laid by our Founding Father President Jerry John Rawlings and by the spirit our late President John Evans Atta Mills and now championed by President John Dramani Mahama has given the party a record performance to stand on”, he noted.

He added “the party’s message as detailed out on the party’s manifesto is solid, is convincing and is realistic. The confidence and motivation of both leaders and members of the party are high. We only have to guard against complacency”.

Hon. Bagbin made this observation when addressing over 68,000 members of the umbrella family at the party’s campaign launch in the multipurpose Cape Coast Sports Stadium on Sunday.