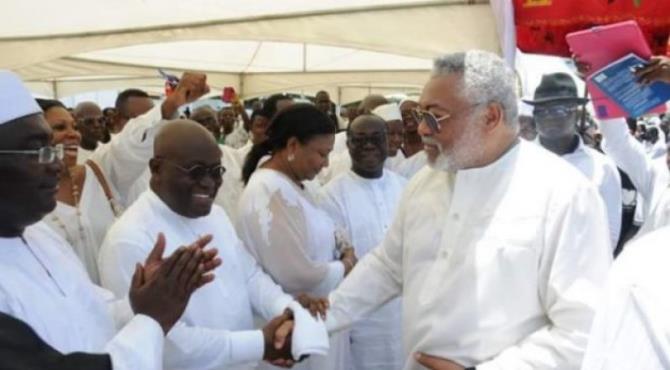 A Former President and Founder of the ruling national Democratic Congress Jerry John Rawlings has advised the latter not to downplay the strengths of the main opposition New Patriotic Party.

Rawlings told thousands of party heads during a 2016 campaign launch Sunday that the NPP had a solid record which cannot be underestimated.

He insisted that the NPP would bring their experience to bear when the elections hold in December.

The governing National Democratic Congress (NDC) are holding a launch of its campaign for the 2016 elections at the new Cape Coast stadium.

The occasion, according to party officials, will bring together over 68,000 members of the umbrella family to lend their support as they seek to win political power for a third time.