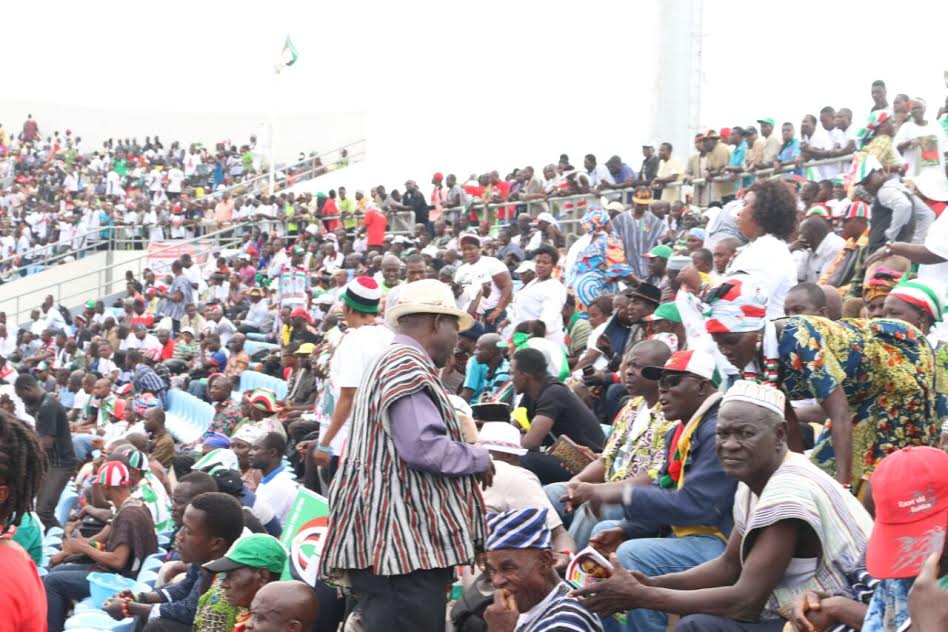 The ruling National Democratic Congress has announced it will be ready to launch its manifesto for the 2016 elections in two weeks’ time.

General Secretary of the party Johnson Asiedu Nketsiah made the announcement at the launch of its campaign in Cape coast on Sunday.

The manifesto launch in Sunyani he says falls in line with the party’s long-standing tradition.

The NDC Sunday held a launch of its campaign for the 2016 elections at the new Cape Coast stadium.

The occasion brought together over 68,000 members of the umbrella family to lend their support as they seek to win political power for a third time.

Robbers kill one, injures a policeman with gunshots in Afram Plains attack