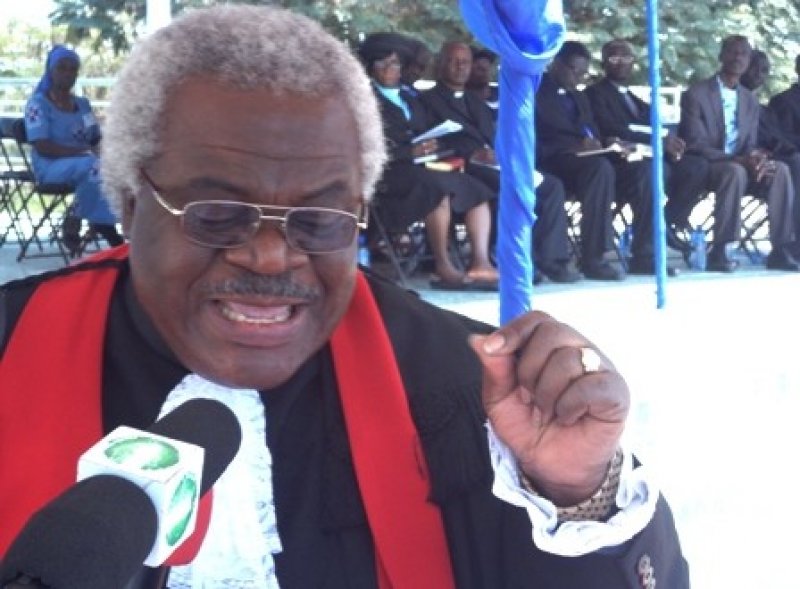 The Executive Secretary of the Ghana Free Zones Board, Kwadwo Twum Boafo has vowed to lodge a Police report on the bribery claims of the outgoing Moderator of the Presbyterian Church, Rev. Prof. Emmanuel Martey, if the latter fails to do so.

“Rev. Martey should come out and tell us who gave him the bribe. And if he doesn’t I’ll write to the Police and CHRAJ on his behalf, because this country needs to know that it is not just politicians who are supposedly corrupt or the Police who accept bribes. Right now we’re knowing that some priests they take it too. Infact a moderator has been accused of taking a $100,000 bribe and the Presbyterian Church should do something about it. Rev. Martey should come out and tell the people of this country who gave him the bribe, and nothing short of that is acceptable, period!” Twum Boafo said on Radio Gold’s Alhaji and Alhaji political show on Saturday.

The outgoing Moderator of the General Assembly of the Presbyterian Church of Ghana, Rt Rev. Prof Emmanuel Martey is claiming that some politicians tried bribing him with $100,000 in order to stop him from his harsh criticisms of happenings he considers wrong in the country.

According to the renowned cleric, these politicians whom he failed to name also promised him of a mansion at Trassaco and a four wheel drive which he declined.

Rt. Rev. Prof. Martey, an outspoken prophet is known to speak his mind publicly on issues of public interest and is also not shy to touch on political issues, an area which is out of bounds for most pastors.

Commenting on the fall out of the bribery allegation by Rev. Prof. Martey, an incensed Kwadwo Twum Boafo stated that the former’s claims doesn’t add up hence must be probed further to ascertain the veracity of the matter.

“What does a responsible leader of the Church do when somebody attempts to bribe you with that quantum of money? You call the Police not so. But instead you were looking for big dogs.

“Unless you have witch craft or you have bionic vision or your eyes are X-Ray machines; How can you see what is inside an envelope if you didn’t look at it. How were you able to tell the quantum and the nature of the bribe if you hadn’t actually looked at it or in the worse case accepted it?