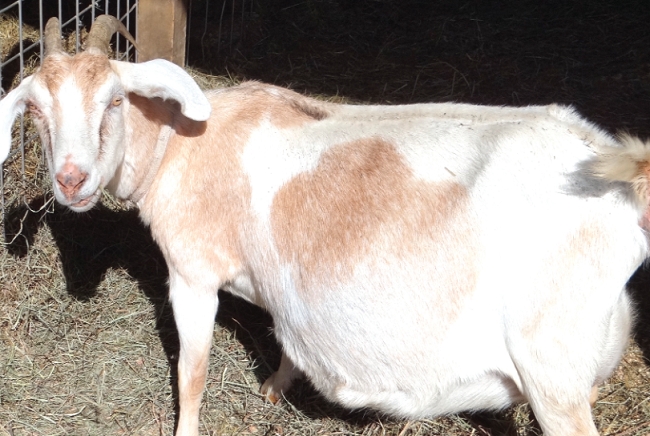 A 19 year old boy, Yasaa Iba, resident of Atebubu in the Brong Ahafo Region, has allegedly impregnated a goat in the area.

The owner of the pregnant goat, Kwabena Nindoo who confirmed the bizarre incident to Kasapafmonline.com stated that the Yasaa, was spotted having sex with the goat by some residents, and fled when an alarm was raised leaving behind his bicycle.

Asked how he established that it was the young man who impregnated his goat, Mr Nindoo said, after the ‘torture’  the goat had been subjected to, he intentionally kept it in a safe place and never saw any goat coming near it until he realized that the animal had taken seed.

“After he raped my goat I kept my animal very safe, I didn’t want it to mingle with the other goats because of the agony it had suffered. No goat came near it in the period it was under my watch and so I have no doubt that it was Yasaa who has impregnated my goat.”

Mr Nindoo who was angry about the despicable act has made an official report to the Police and the Chief of the area about the matter.

The Chief and his elders who have taken the issue not lying down have set tomorrow (Friday) to sit on the matter and determine what action will be taken against Yasaa, if he’s found guilty.