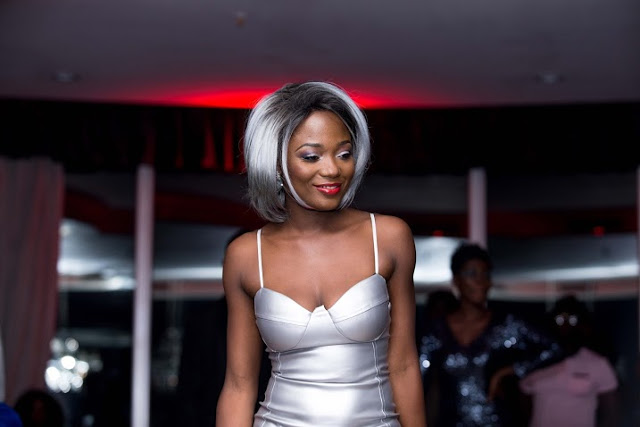 Efya is making Ghana proud as she waves the red, gold, green and black star on international stages worldwide. From performing on Jay Z’s Tidal and Okay Africa’s event earlier this year, the diva was in New York last weekend to perform at the Nigerian Entertainment awards.
Aided by a live band, Efya performed her rendition of Duncan Mighty’s “Obianuju”, “One of your own” and “I try” to a packed audience at Tribeca Performing Arts Center.
The performance was filled with grace and splendor and she sparkled on the night in a dress by Germain Blue and Tanzania’s Daniel.
Her performance was rated as one of the best of the night, nonetheless she topped that by winning the non-nigerian category for best female artiste.
Speaking to Efya, she dedicated the award to One Nation, her fans and family.
The songstress expressed her appreciation to the general Ghanaian public and the media for all the support they’ve thrown behind her.
The 11th edition of the 2016 NEA was held in New York City on September 4, 2016.
African Female Artist (Non Nigerian /Africa)Vannessa Mdee (TZ)Efya (GH) – WinnerLira (SA)MZ Vee (GH)Sheebah Ndiwanjawulo (UG)Adiouza (SN)Victoria Kimani (KQ)Knowless Butera (RW)
Submitted