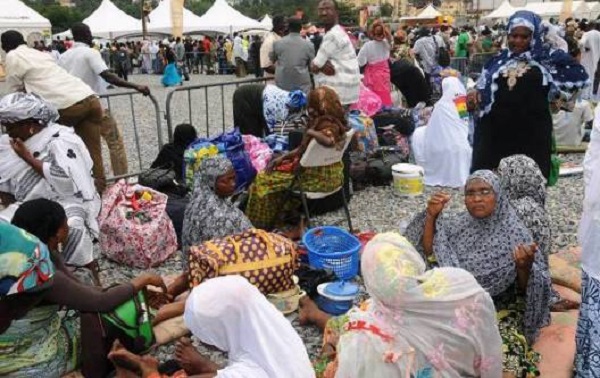 The Pilgrims Affairs Office of Ghana(PAOG), has apologized to the unsuccessful Pilgrims who were left stranded for days at the Airport and would not be airlifted to Saudi Arabia for hajj pilgrimage this year due to what the Committee says is circumstances beyond their control.

Interacting with them, Chairman of the Pilgrims Affairs Office of Ghana,Alhaji Abdul Rauf Tanko Ibrahim expressed his personal worries regarding what his office had to go through as a challenge which affected key Hajj Stakeholders such as would-be Pilgrims and Hajj Agents.

Alhaji Tanko indicated that the PAOG per Ghana’s quota of 5424 this year, scheduled eleven flights (11)to airlift Ghanaian Pilgrims which was done successfully from August 19-30 respectively.

However,his office was confronted with the unexpected situation of over payments which came about as a result of an assurance he received from the Saudi Arabia Minister of Hajj during Hajj conference this year for an additional thousand(1000) slots to the original quota to make it 6,424.The PAOG extended July 15 deadline to July 23 for payments because of the assurance of increase in quota but unfortunately the Saudi Arabia Government through the Minister of Hajj failed to live-up to their promise and eventually created a huge backlog of would-be Pilgrims who were denied Visa for this year’s hajj.

Alhaji Tanko seized the opportunity to apologised to Hajj Agents who have also suffered some losses because majority of them could not earn what is due them from their commission due to the inability of the PAOG to airlift their clients(would-be Pilgrims )to Saudi Arabia for the annual religious event.

The Hajj Board Chairman appealed to those who want refund of their monies to be patient with him at this time because he has so far refunded huge amount to most of them but left with a few.

He promised to clear all refund upon his return from Saudi Arabia after Hajj Pilgrimage in October.

However, the 12th flight scheduled to airlift the remaining Ghanaian would-be Pilgrims to make Ghana’s total quota is Sunday, September 4,2016.

The check-in for those who have visa is slated at 6pm today, but are expected to report early for pre-arrangement ahead of departure formalities, the Board urged.