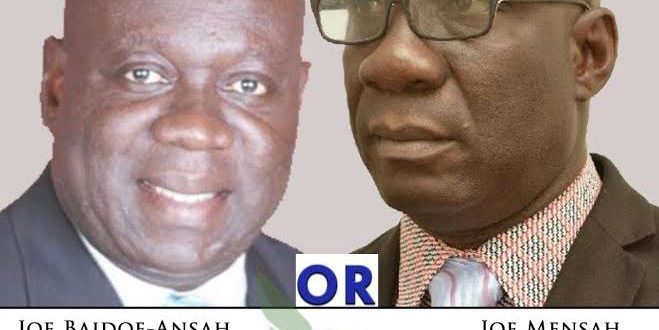 Incumbent MP for Kwesimintsim in the Western region Joe Baidoe-Ansah seeking his fifth term in parliament has lost the bid in the NPP’s parliamentary primaries in the constituency.His challenger, Joe Mensah beat him polling 187 votes as against 122  votes which he[MP] secured in the tight polls held Tuesday.The primary was suspended for months due to some disagreement that rocked the internal poll, primarily between incumbent Joe Badoe Ansah and opponent Joseph Mensah.

The delay comes on the back of some legal matters that ostensibly blocked the primary from being held on the earlier date scheduled for the polls.But a High court subsequently cleared Mr. Mensah to contest the race.