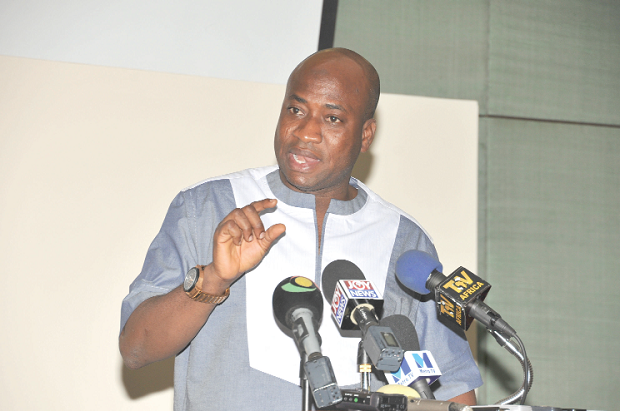 Deputy Minister of Trade and Industry, Murtala Mohammed has said the largest opposition party will be hugely disappointed if it banks its hope on gaining sympathy votes in the December general election, following allegations that its Flagbearer, Nana Akufo Addo is suffering from cancer.

According to him, the party has deliberately put out this supposed health information about its Presidential candidate in order to get the electorate to sympathize with him and vote him into power, seen as this is his final try at the presidency after losing three-times.

The US-based magazine edited by Steve Mallory claims the presidential candidate of the NPP Nana Akufo-Addo, is suffering from the life threatening diseases.

But speaking on TV3, Murtala Mohammed stated that the ‘Elephant family’ trying tirelessly to push this allegation down the throat of the NDC is absurd, as the NPP has always gone to town with publications from the same magazine when they had hit hard at President Mahama.

“If you are desperately trying that you are going to win sympathy votes out of this, it will not wash. The reason is that the NDC is not doing politics with it. If you have observed we are not commenting on it because we know how hurtful it is when you begin to comment on the health of somebody, when you begin to publish the palms of somebody (late President Mills), the extent to which the family came out and made series of statements and even the doctor stating what led to the death of Prof. Mills, you people said no and went ahead to accuse the President of killing Prof. Mills, so who has given Nana Addo cancer.”

But in an interview on News File on Joy FM, Prof. Yaw Adu Gyamfi stated that Nana Akufo Addo is fit as a fiddle, adding that the rumours about the three-time Presidential Candidate’s health is without merit.