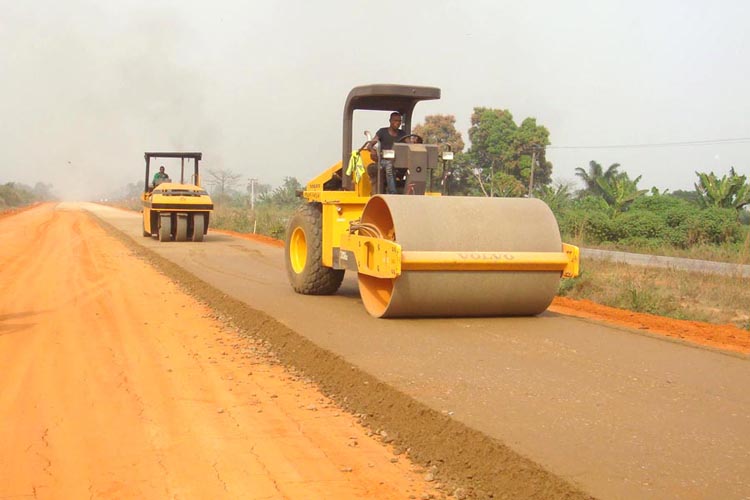 The New Patriotic Party (NPP) Minority Caucus in Parliament says despite the governing National Democratic Congress (NDC) spending GH₵4.717billion in constructing road networks from 2009 to date, the nation has derived little in terms of value for money.

According to the NPP MPs, most of the roads constructed and or rehabilitated with the said amount of money are bedeviled with potholes, corrugated gravel surface or bushy roadsides among other defects.

“Indeed, the performance of the Mills-Mahama administration on the road sector from January 2009 to date is bizarre and catastrophic to say the least, and that is in spite of the cacophony from propagandists”, noted the group.

Addressing journalists over the “True state of the nation’s road network and administration” in Parliament on Thursday, Ranking Member of the Committee on Roads and Transport, Hon. Owusu Aduomi said if one compares the performance of the NDC government in the road sector to that of the NPP’s regime, the Akatamansonians have done too little to improve on the road network in the country and therefore deserve to be voted out of power.

“The nation’s road network increased by 18,736km and 29,970km during the four and eight years of NPP-led administration respectively. At the end of year 2008, the road network size the Kufuor-led government met as at end of December 2000 had been increased by about 80%. Many communities, especially, commercial crop and food growing areas, were opened up”.

“The Department of Feeder Roads’ network increased by 18,195 km during the eight-year period and this facilitated increased production of commercial crops for export and food for domestic consumption. Marketing of farm produce became easier, the socio-economic development of local farmers improved and, overall, impacted positively on the nation’s Agriculture growth”.

“This splendid performance has been doubted by NDC communication officers at various platforms. It may be because of their lack of understanding of what an opening-up of a road means. The Kumawu-Kwaman (10km) and Kumawu Besoro-Agogo (22km), roads were both tracks or missing links that were inaccessible. Three years after opening both roads up in 2004, upgrading to bituminous surfacing followed. Today, both roads are tarred to the end. Many of our trunk and feeder roads network remain as missing links and tracks, especially, within the Volta-Afram catchment areas”.

“The network, since the exit of the NPP-led administration, that is, seven years on, has increased by only 4,128km as at end of December 2015 fiscal year. Many cocoa, coffee and food growing areas remain inaccessible by road. It is sad to note that the network of Feeder Roads that has been structured to serve the hinterlands remain unchanged since the end of 2008”, he noted.

He further noted that despite the Minister of Roads and Highways’ statement that a purpose should be able to add 10% to the road network of the country by the end of every year in administration; the umbrella family has been able to achieve just 0.8%, less than 1% increase in the network per year.

The Kufuor-led administration, he added, added 10% to the total road network every year for eight successive years.

“During the period January 2001 to January 2009, there was significant increase in the network size of Department of Urban Roads of about 10,200km which facilitated the construction and maintenance of most of the roads in major cities and towns. In the process, many concrete structures were constructed to improve drainage whilst roads were tarred to reduce the menace of dust in those communities. Hitherto, these town and feeder roads were not part of government’s road network and were excluded from the nation’s planning and programs for road networks”, Hon. Aduomi posited.