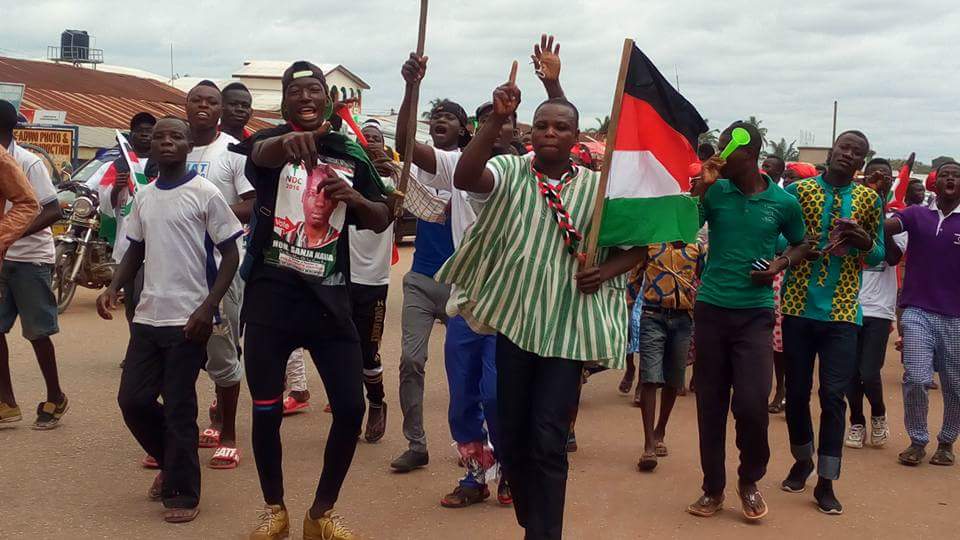 Nanja who had entered into the poll amid hue and cry from the Atebubu Amantin Traditional Council to step down over his insubordination polled 18,061 as against 19,189 garnered by the NPP’s candidate.

Interestingly, the outcome of the presidential poll went in went in favour of President John Drmani Mahama. He polled 20,161 votes while the Nana Addo Dankwa Akufo-Addo of the NPP amassed 16,764 votes.

Nanja’s loss, according to the community, was to teach him a lesson that he can never eat his cake and still have it.

The MP, once the darling boy of the Chief and people of Atebubu Amantin, suddenly become a torn their flesh when he reportedly hurled insults on the queen mother of the area on Kasoa-based Pink FM after a disagreement.

He was subsequently banned from entering the Chief’s palace and also from organising any outdoor event in the constituency.

Worried about the consequences of his action, he apologized to Nanamom but his apology could not save his second bid to represent the people.