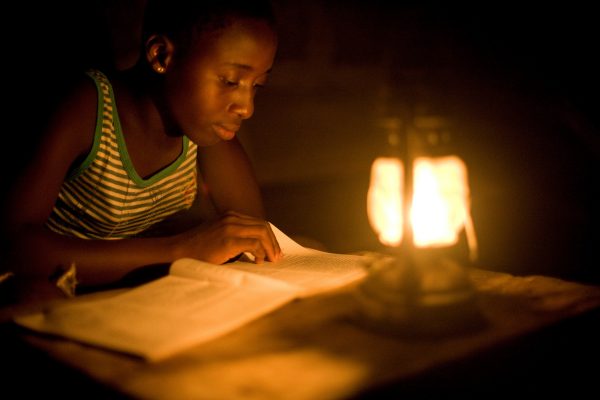 An intermission in Gas supply for the country is likely to result in power challenges over a 15 day period in February 2017 and the following month-March.

A letter sighted by Kasapafmonline.com from the Volta River Authority(VRA) communicating the imminent challenge to key stakeholders in the sector said power from the AMERI Energy during the same period will also not be available to support the system.

Part of the letter forwarded to the Power Ministry on the challenge and signed by Chief Executive Officer of the VRA, Kirk Koffie said: “I shall be grateful if the System Control Manager will meet with our Plant Managers to manage the power systyem during the above stated period to limit nay supply challenges.” 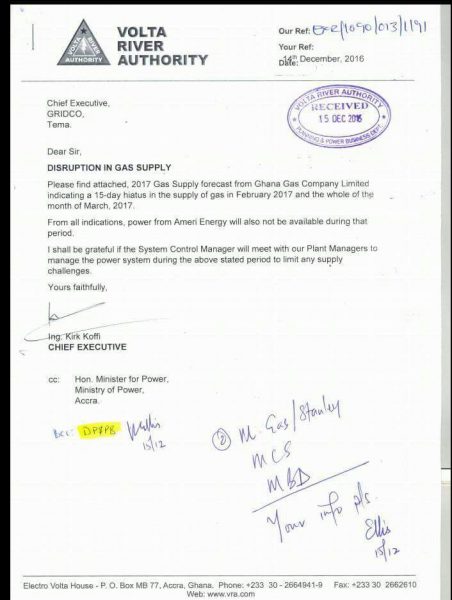 This comes after the Africa Center for Energy Policy weeks ago warned of a return to the crippling power crisis in 2017 but the Deputy Power Minister John Jinapor allayed any such fears insisting the current stability in power will continue despite the worrying prediction by ACEP.

Ignore dumsor rumors, recent power cuts are due to repairs and will end soon – Govt