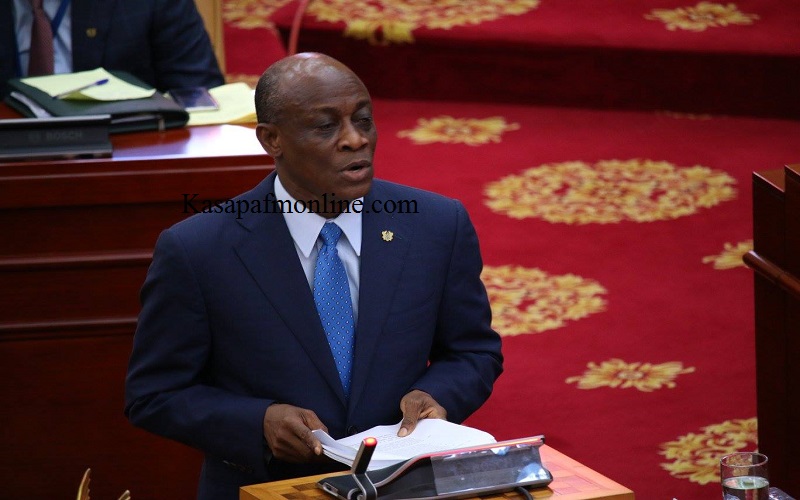 After trying so hard to hem in election-year budget overruns, Finance Minister, Seth Terkper, has conceded that this year’s projected budget deficit of 5.1 percent could be breached by about 2percent.

Mr. Terkper, whose ruling party lost the general elections, told the press yesterday that the projected deficit is expected to be breached by about 2 percent, and reach at least 7 percent, as compared to the 6.3 percent recorded in 2015.

According to Mr. Terkper, the widening of the projected deficit is on the account of poor revenues stemming from low productivity by industries that suffered power cuts for a greater part of the year, as well as production challenges at the Jubilee oil fields.

Mr. Terkper also cited the high expenditure incurred in organizing this year’s elections as being one of the greatest burdens exerted on government’s budget.

Although the Finance Ministry’s initial deficit projection had included the US$220 million budget of the Electoral Commission (EC), the widened deficit comes at a time government had told the IMF it had rejected overtures by the EC to have additional resources.

Government had hoped its strong fiscal consolidation agenda under the IMF programme would be on hand to help it attain the overall deficit target of 5 .1 percent of GDP in 2016.

The 2016 projection was arrived at with government factoring in weak domestic revenue mobilization during the second half of the year, typically reflecting weak economic activity, lower than-expected oil prices, and lower-than expected revenue yield from recent measures.

As part of the measures planned to offset the impact of low revenues, government indicated it will reduce domestically financed capital spending by delaying transfers to the Ghana Infrastructure Fund and moderately curtailing spending on goods and services.

Strict control of spending on wages and salaries by enforcing compliance with the policy on net freeze on recruitment, as agreed with the IMF, was also expected to help keep expenditure in place.

Given all these interventions to prevent a widened deficit, Mr. Terkper’s revelation would fuel suspicions of a government that had to dig deep into its coffers to help please voters, albeit its attempt was unsuccessful.

Mr. Terkper, who had previously served as Deputy Finance Minister in the late John Atta Mills’ administration and subsequently the substantive Minister, will bow out of office when the new administration is sworn in.

According to sources close to the incoming administration, Mr. Terkper’s post is expected to be assumed by renowned banker, Ken Ofori-Atta, a co-founder of Databank Financial Services Limited. – B&FT