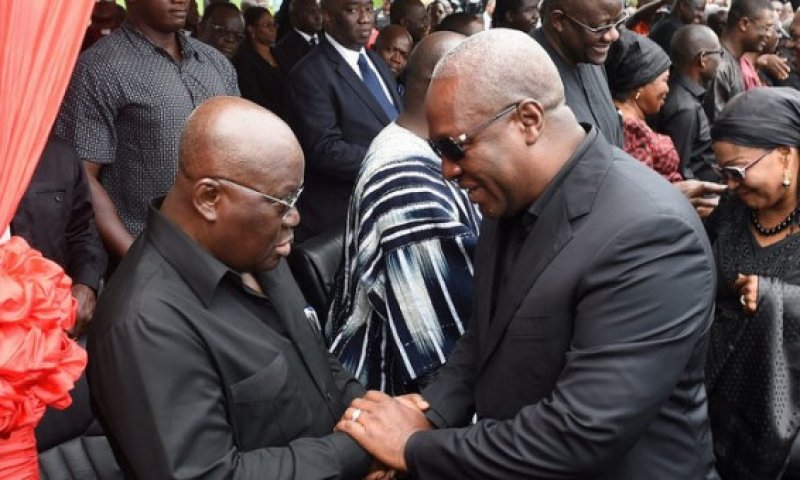 Government together with the New Patriotic Party(NPP) will later today, Sunday, November, 11 inaugurate the transition team to ensure a smooth transfer of power, following the election of a new government.

This is in accordance with the provision of the Presidential Transition Act 2012 (ACT 845).

In accordance with the provisions of the Presidential Transition Act 2012 (Act 845), the following are statutory members of the Transition Team:
1. Head of the Civil Service
2. Head of the Local Government Service
3. Secretary to the Cabinet
4. National Security Coordinator

The Transition Team, which will be co-chaired by President John Dramani Mahama and Nana Addo Dankwa Akufo-Addo, the President-elect, will be inaugurated on Sunday December 11, 2016 at 5pm.

President-elect requests interim report from Transition team ahead of Inauguration