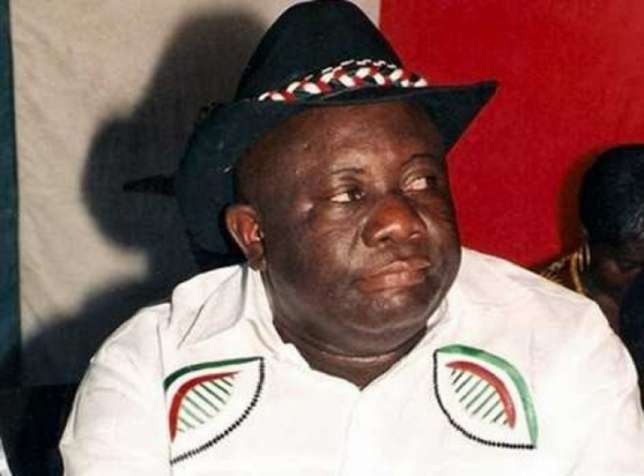 Former Chief Executive of Ejisu-Juabeng Municipal Assembly, Yamoah Afrifa Ponkoh, says supporters of the governing National Democratic Congress (NDC) should look no further than within for their loss in last Wednesday’s general elections.

According to him, the umbrella family was in pole position to retain power for President John Dramani Mahama to continue with his good works for the country, but had to surrender it the opposition New Patriotic Party (NPP) due to the personal interest of some stalwarts in the party.

Power, he noted, was handed to the NPP on a silver platter.

“They [NPP] didn’t work for it. We [NDC] have played to the gallery of the NPP which is very sad and painful,” he noted.

Speaking in an interview on Pampaso, a political talk-show on Accra-based Montie FM, Monday, disgruntled Ponkoh blamed the party’s campaign machinery for the heavy defeat they suffered in the hands of the NPP in the December 7 general elections.

Ponkoh reacting to the defeat of the “akatamansonians” said he can only point to the Ashanti Region as the main cause of their defeat, noting that if the party’s regional campaign machinery had worked hard, they would have secured the one million votes they were seeking for.

The target, he said, would have pushed the Presidential election to a run-off, believing that President Mahama would have gone ahead to win the poll in the second round.

“I will not blame the ordinary person in Ashanti Region, our target was one million votes. This wasn’t a joke but the likes of Kojo Bonsu, Joseph Yamin, Samuel Sarpong and myself were sidelined. When we talk about NDC politics in Ashanti Region, you can’t do away with these personalities.”

“We were completely sidelined during the electioneering campaign but we did our best and formed our own campaign team but we lacked some basic logistics and resources to boost the campaign. But even if you compare our performance to that of the regional campaign team, we were far better than them. Meanwhile, they got all the resources from the central pool.”

“To me, the work that they did for the party is the end result that we got. It was so poor. My problem with the coordinator of the campaign, Deputy Regional Minister, Andy Okrah – I mean this is a guy who came from nowhere. Politics is not about dressing so well. We are talking of the Ashanti Region which our target was one million votes which was achievable based on the delivery of the President. Those who were put in place headed by this man did very poor in this region. If you look at our performance in 2008 and 2012 compared to this year, we did poorly. In the previous election, NDC got even 27 to 28% but this year we did 23%. If we had amassed at least 27 or 28% in this year’s election that would have pushed the poll to a run-off and the President wouldn’t have scored less than 51%.

So, I have been telling people that it is Ashanti Region that made the NDC lose the polls,” he noted.