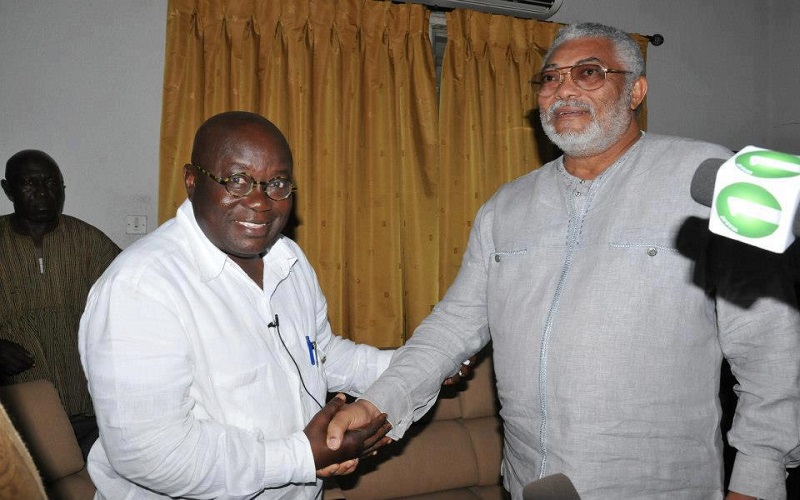 President-elect, Nana Addo Dankwa Akufo-Addo has assured former President Jerry John Rawlings of his commitment to fighting corruption “across the board”.

This exercise, he noted, will be free from witch-hunting or acts of political vendetta or harassment, further assuring the former military leader that no member of his governing National Democratic Congress (NDC) “has anything to fear” from his future government.

In a letter dated December 11, 2016 and addressed to Mr. Rawlings, the President-elect said his pursuit to fighting corruption will be fully anchored in the rule of law and strict respect for due process.

“That is the best form of security for every citizen of the country”, the letter acknowledging Rawlings’ letter to him on December 10, 2016, in part read.