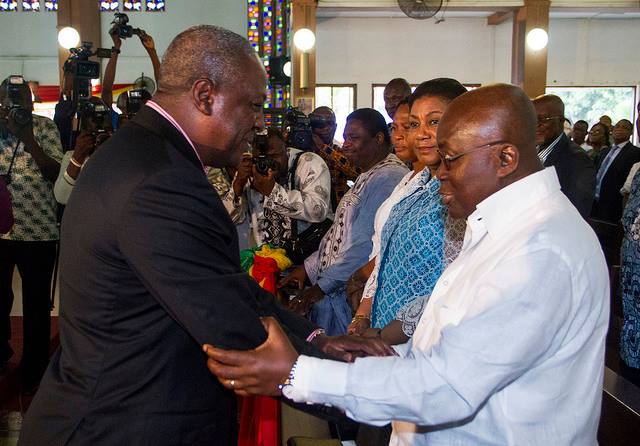 The handing over process towards a smooth transition from the outgoing Mahama administration to the incoming NPP administration will commence today, Wednesday December 14, Spokesperson for the government transition team, Hannah Tetteh has said.

This was in response to claims by Mustapha Hamid, spokesperson for the President-elect that they have not yet received any notes from the outgoing government.A statement from the government side overseeing the Transition process and signed by the spokesperson, Hanna Tetteh said “We wish to state that the handing over notes from each Ministry that are to be given to the transition team for the incoming administration are ready, and indeed were prepared before the elections were held on the 7th of December. The second meeting of the transition team after the formal inauguration on Sunday the 11th of December is scheduled to take place on Wednesday the 14th of December at 10.00 am and we look forward to commencing the process of transition in earnest”.

The statement added: “By the provisions of the Presidential Transition Act 2012 (Act 845) the transition team is to make comprehensive practical arrangements to regulate the transfer of political power following a Presidential election, and to do this by forming various sub-committees that will be responsible for different aspects of the process of the transfer of power. The law provides for the establishment of three specific committees – the inauguration sub-committee, the government machinery sub-committee and the presidency sub-committee and any other committees the transition team considers relevant for the performance of its functions.“We envisage that tomorrow’s meeting will agree on the committees to be established and the composition of each committee so that the various committees can begin their work and get on with the process of planning the inauguration ceremony, handing over the machinery of the Civil Service including the Ministries, Departments and Agencies, and ensuring the orderly transfer of the official assets and liabilities to the in-coming administration. We envisage that the process of transition will be completed before the formal handing over to the incoming administration on the 7th of January 2017, however if there are any matters that still need to be addressed the members of the Government’s transition team will be available for further discussions”.

Your reconciliation moves are encouraging – Akufo-Addo to Yaa-Na