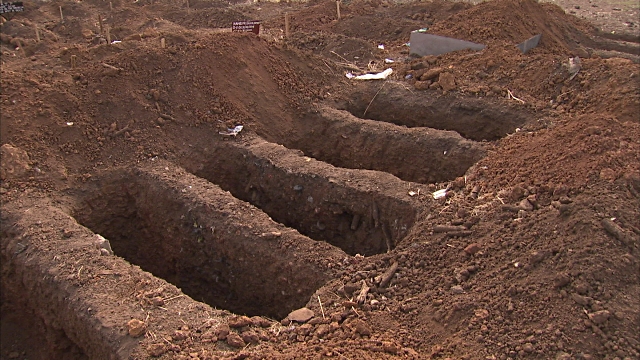 Residents of Miremano in the Jaman South District of the Brong Ahafo Region, have been thrown into a state of utter shock after they realized that 7 graves at the town’s cemetary have been exhumed by certain unscrupolous.

What surpised them more was the fact that bones of the coprse and ornaments with which the corpse were buried were also taken away by the unknown criminals.

The Chief and elders of the town who view the unfortunate incidents as a taboo have poured libation and asked the dreaded gods of the town to deal ruthlessly with the perpetrators and expose them to shame.

ASP Stephen Akrasi, District Police Commander who visited the cemetary to assess the situation has since confirmed the incident and has commenced investigations into the matter.

He has vowed to have the the persons behind the dastardly act arrested and prosecuted.