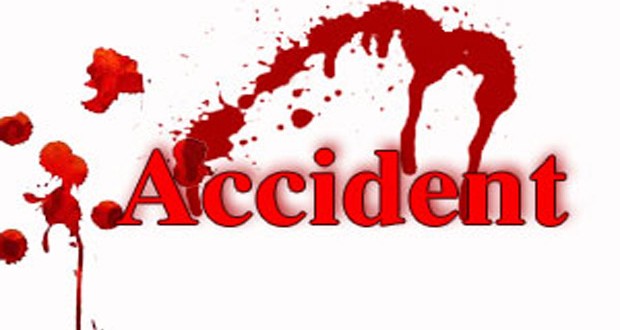 One person has lost his life in a gory accident that happened in the central region last night around 7pm.

The accident which happened at Bicycle Junction near Gomoa Akotsi on the Winneba- Kasoa highway involved a Toyota Hiace and a Sprinter bus.

The Toyota Hiace with registration GR 5164-16 was heading to Awutu Akrampa , a suburb of Awutu Senya from Gomoa Asebu with footballers who had taken part in a match at Gomoa Akrampa but the driver’s attempt to overtake two cars in front of him was unsuccessful resulting in a head-on collision with an oncoming Sprinter bus with registration number GE 5061-11.

One person died instantly having her head completely cut off in the process while 5 others sustained serious injuries and have been rushed to the trauma and specialists Hospital at Winneba.

It took over 30 minutes before a joint force of the Budumburam fire service officers and the Awutu Bereku police were able to find the severed head of the deceased.

The Awutu Bereku Police Commander ASP Samuel Shadrack Amfoh also blamed the accident on over speeding as well as failure of the part of the drivers to observe traffic regulations.

He adds that the police are hunting for the sprinter driver who absconded when the accident occurred so he assists them in their investigations.

All the passengers except two, he said are on admission with the rest being discharged.

The two, he explained are seriously injured with one in coma.