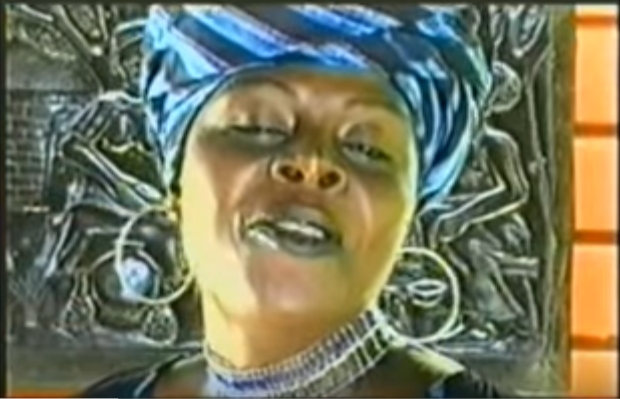 Ghanaian gospel musician said she never made money from all her hit songs during her heydays.

“I didn’t make money from music because people aren’t reliable and you can’t trust anybody because when we started singing I saw it as a ministry.”

She continued that “We didn’t have the GHAMRO, MUSIGA and the rest who are now taking care of our royalties and I was so happy singing for people to be blessed and so I wasn’t thinking about MONEY…. Money issues I never thought about it.”

Speaking with Feeling Daddy on Empire Entertainment Review on Empire 102.7FM, the veteran singer expressed regret of not having a manager to put such things in place for her.

When asked by the host if it was her own fault or the Music industry at that time, she said “May be It could be my fault or the industry at that time but can’t tell because I didn’t have anyone who takes care of my music, I was just doing it for doing SAKE because I LOVED it so if I get money, I tell my husband help me to do this and that is what I have done till this time and now I’m sitting down and don’t know what to do but I know something will happen.”

Amy Newman  came out with her first and second albums in quick succession, titled “God of Mercy” and “I Am Coming Lord” respectively, all with Rev Charlie Sam in 1989. Later, she came out with “Oye W’adom”, which included the hit song ‘Lord Prepare Me’, bringing her into the limelight in 1994.

In 2006 she came out with 2 albums entitled “Wongya Me O” and “Nyame Wo Hon Yedzin” to celebrate her 20 years of her ministry.