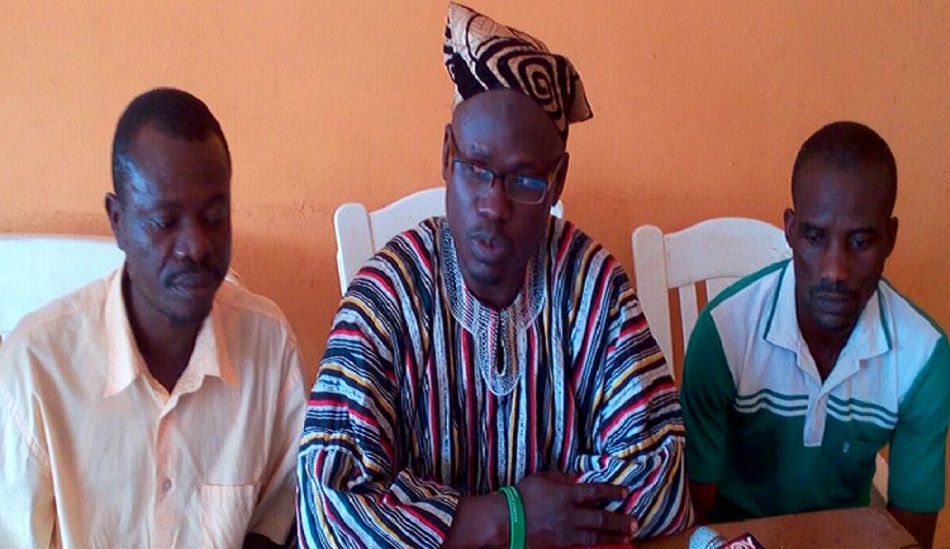 The family of late Andani Dassana, a rival family in the protracted dynastic dispute in Bimbila held a combative press conference on Saturdayin Tamale saying it will fiercely fight against attempts to bury the late Nakpa Naa Salifu Dawuni in Bimbila instead of Nakpayili where he died as chief.

The warning follows an earlier media encounter by the late Nakpa naa’s family seeking apology from Member of Parliament for Tamale South and the Minority Leader Haruna Iddrisu for making “derogatory and malicious” statement against the chief, and stating its resolve to bury the Naa Salifu Dawuni in the traditional capital.

Divisions were created among members of the Gbugmayili gate over who to represent the family for the Bimbila skin after the death of a chief belonging to the Bagliyili faction.

Naa Salifu Dawuni and and Naa Andani Dassana were both enskinned as Bimbila Na by different king makers, a development which has retuned mass killing to the poverty stricken townlet

Both contesters died while the matter was still being heard at various authorities including the National House of Chiefs.

Napka Naa died at Nakpayili but Naa Andani was assassinated at his palace in Bimbila and both bodies were deposited at the Tamale Teaching Hospital; The family of Naa Andani buried him in Bimbila but has resisted efforts to bury the late Nakpa at the traditional burial ground.

The lasted violence in February 9, claimed more than 10 lives and uprooted many and the decision to issue warnings is a big bowl to the newly elected regional minister’s Salifu Saeed aggressive measures to restore calm.

The Andani faction said: “we will like to state categorically that the sympathizers of Nakpa Naa cannot be trusted when it comes to simple agreement: you recalled the regional house of chief ruling in August 2012, the family of Nakpa Naa wrote a letter to REGSEC and copied DISEC, the letter was signed by Bolahi Naa Abu Hassan demanding the remain if Nakpa Naa to buried in Bimbila as Nakpa Naa and not as Bimbila Naa”

“DISEC went solely behind the family of Nakpa Naa even when the late murdered chief resisted but shortly after their issue was considered on the 30th of the same month April, 2012, another letter came revoking the first letter signed by Abu Hassan and now signed by Saagnar Naa Shani insisting they are looking for the body of Nakpa Naa to be buried in Bimbila as Bimbila Naa”

“So when you see us, in fact registering our displeasure to resist any intimidation SHOULD THEY DARE BURY Nakpa Naa in Bimbila”, spokesman for the family Osman Kiika told a selected journalists.

The new development authorities say will stymie the already difficult efforts by the regional minister to ensure a stable region after having courted anger of a faction during his term as District Chief Executive for the area in 2005.

Hon Salifu Saeed was chairman of the Nanumba North District Security Council when the dispute was first heard at the Nayiri, Overlord of Mamprugu palace.

He was accused of ” buying time” for the Nakpa Naa family to protest the dispute further by restraining the late Naa Dassana family from jubilation when the Nayiri ruled in their favour.

The Regional minister as part of the efforts to mend the cracks and regain confidence is touring the region greeting chiefs and begging them for support; and is expected Bimbila palace on Monday.