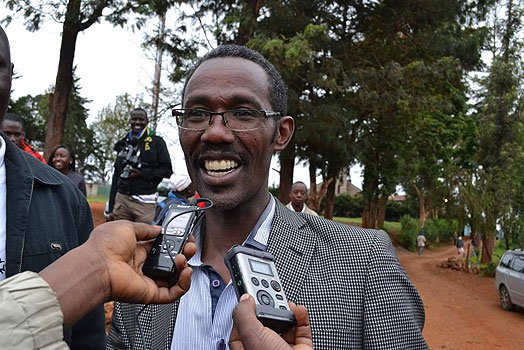 Kangema MP Tiras Ngahu has been accussed of threatening to chop off his rival’s manhood for constantly criticizing his leadership.

In the audio recording, a man is heard saying: “‘I had sent people to get you, I will chop your manhood, just write what you want but you need to know who you are dealing with.

You are dealing with the wrong number. “I don’t care about your democratic right, but don’t think you will be tainting Kangema the way you want. Kangema has its owner, I am the owner. I do not need your vote, I am a bad man, I do not massage people, together with the others take care of yourself or I will show you how it goes,” he is heard saying.

He said they have sought for experts to translate to English or Kiswahili the audio recording in Gikuyu.

“We have already launched investigations and the case is now with Murang’a CID cyber crime team as they seek to establish the content. If there was any threat then we shall arrest the culprit,” said Washang’oka.

He reassured Mr Mwangi of his security and that of his family. Attempts to seek comments from the MP proved futile after he refused to pick our call. A terrified Mr Mwangi added that he has been receiving threats from people allied to the MP.

‘This is the second time I am recording statement. The first time I was threatened by his supporters who even came to my work place and threatened me with death,” he said.