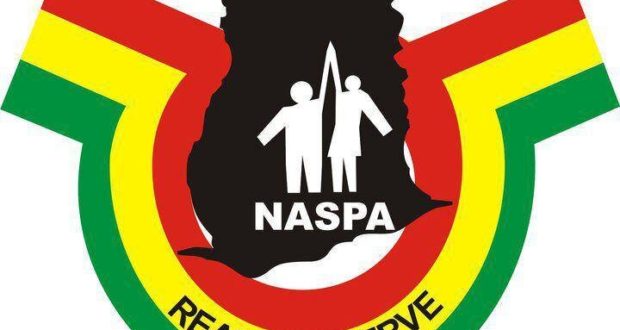 The NASPA on January, 30 issued a circular warning government of an intended protest, if it did not come out within one week to pay its members the approved allowances for January.

However, a statement signed by the Head of public Relations, Ambrose Entsiwah Jnr explained that the last minute increment announced by the erstwhile Mahama administration was not captured in the November 2016 Supplementary Budget, hence management of the scheme was unable to work with the upward adjustment for now.

According to the Secretariat, the new government was seriously making inputs into the yet-to-be read March 2017 national budget being prepared by the Ministry of Finance, hence called for calm among Service personnel as it makes earnest efforts to work with the increment to reflect what was agreed upon .

But Speaking at a presser held in Accra today, the President of NASPA Greater Accra, Kojo S.A Danquah, said they are upset about the current government’s posture on the increment and lashed out on government for acting in bad faith after agreeing to the increment.

They want the scheme to be honest with them whether the increment would reflect in their allowance for March, and requested to know the specific amount that is being captured in the said budget.

“We the executive of NASPA Greater Accra will advise ourselves if the concerns are not addressed within the seven-day ultimatum given,” he stated.

According to a memo, signed on December 14, 2016 by the Chief Director of the Ministry of Finance, the new monthly allowance was quoted as 559.04 cedis. This was a 209 cedi increase (representing 60 per cent increment) in the monthly allowances of service personnel.