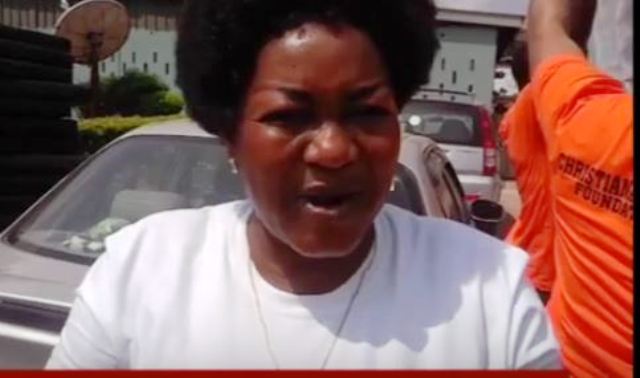 Ghanaian Actress based in Kumasi, Christiana Awuni who is known for her naturally endowed backside has said she is not the least bothered when people talk negative about her big butts.

Speaking to Kojo Preko Dankwa on Kasapa Entertainment, Awuni who has been labelled a mean actress for playing ‘wicked’ roles in movies disclosed that in most movies she featured in, cameramen zoom closely on her big backside to make it look as if it’s extraordinary but in reality it’s just a standard size.

According to her, once it is a natural gift from God she’s content with it.

“I’m not worried about people talking about my heavy butts because someone also has big head or big nose, once it’s God’s gift I can’t cut it off.”

Giving her opinion on why people tag local movies as insulting, Awuni disagreed with that suggestion saying those words are normal spoken words in every day conversations.

Christiana Awuni said her movie career has helped her and expressed worry about the current situation of the industry not being capable of assisting veteran actors when they are no more active.