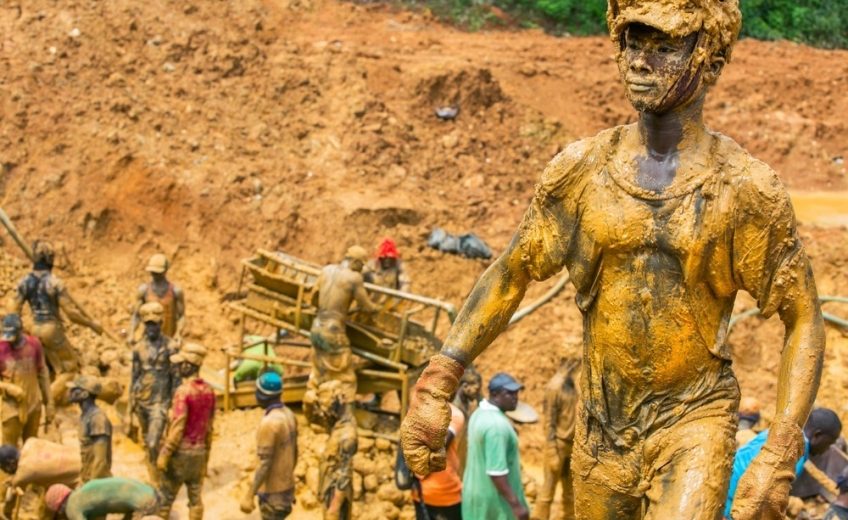 Member of Parliament for North Tongu, Samuel Okudzeto Ablakwa has proposed a total ban on small scale mining in the country as a means of stopping the distraction that the activity causes to the environment.

The issue of galamsey (illegal small scale mining) has been an age old problem with successive governments finding it very difficult to fight.

The Lands and Forestry Minister, John Peter Amewu recently disclosed that government will start using drones to augment its efforts to effectively combat illegal mining to ensure the protection of the country’s water bodies and the environment.

Galamsey has destroyed several of the country’s water bodies, resulting in them drying up.This has resulted in the pollution of the water the Ghana Water Company Limited, treats and supplies to the populace.

Speaking on the matter on Joy FM’s NewsFile on Saturday, Hon. Ablakwa was confident that the freeze on small scale mining will be an effective measure largely to end the menace that the activity poses to the country.

“We need a new approach and I think that the approach must be that you can trust anybody be they chiefs, be they land owners or the security personnel there, politicians…I mean all of us should not be expected to necessarily bring a solution to this matter. There ought to be full disclosure of what is going on. And let us see a strong taskforce that descends, that arrests, that ensures that deportation take place. Because we do know that there are a lot of people who engage in this galamsey(illegal mining) have no business being in this country in the first place. And then in the mean time…shouldn’t we just ban small scale mining totally and possibly even put a moratorium on all forms of mining. I think that we’ve reached that level.”