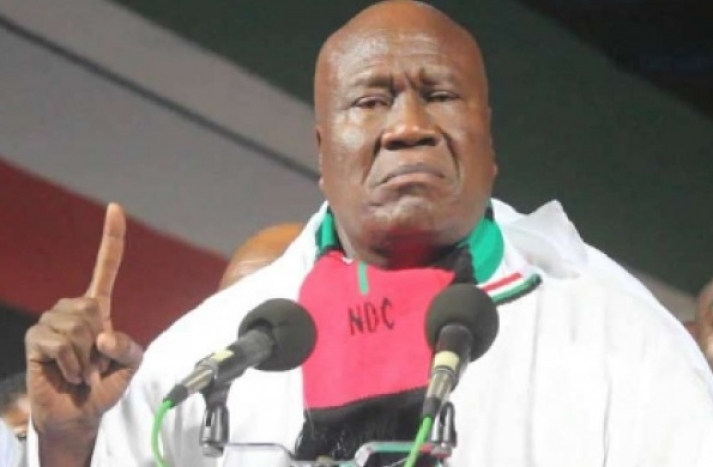 Opposition National Democratic Congress (NDC) communication team member of Asawase Constituency, Yakubu Tony Aidoo has blamed NDC delegates for the party’s defeat in 2016 elections, as they elected someone who’s active only when there’s a disaster as National Chairman.

According to him, it was wrong for the delegates to have ignored the experience and tireless effort of former Chairman, Dr Kwabena Agyei and others that saw the party winning power in 2008, and rather settled on Mr Kofi Potuphy simply becuase he shared freebies during congress.

Speaking on ‘Anopa Kasapa’ on Kasapa 102.5FM, the angry serial caller said Mr Portuphy who in his entire working life has been managing disaster has regretably plunged the NDC into disaster.

“Mr Potuphy was the National Disaster Management Organization (NADMO)  National Coordinator, and all he knows is to manage disaster. He was always seen at Disaster grounds and that is exactly what he has plunged the party into now…Disaster man. Ahead of congress, the footsoldiers campaigned for Mr Potuphy to be elected National Chairman simply because he was sharing rice and cash but Dr Kwabena Agyei other products.

He added: “Those who were experienced and were able to bring us to power like Yaw Boateng Gyan, Dr. Kwabena Adjei were all rejected and sidelined for reason that Boateng Gyan is a womaniser and Kwabena Adjei is a drunkard but we rather entrusted the party’s fate into the hands of people like Portuphy who has taken us to opposition.

“We warned them not to change a winning team but they refused and that has brought us this far… who brought Porturphy, Kofi Adams and that block-headed National Youth Organiser, they should keep their mouth shut otherwise I will organise our tidal force to beat them up at the Party office.

“There’s no one who is perfect, we all have our flaws but let’s all share the blame than putting all on the Former President John Dramani Mahama.”

Meanwhile, Serial callers of the opposition National Democratic Congress(NDC) have weighed in on the controversy rocking the party, warning the leadership of the NDC to end the unwarranted attacks on former President Mahama.

According to them, they’re rallying hundreds of folks within their ranks to embark on a serious protest soon against the post-election attacks on the former President, John Dramani Mahama.