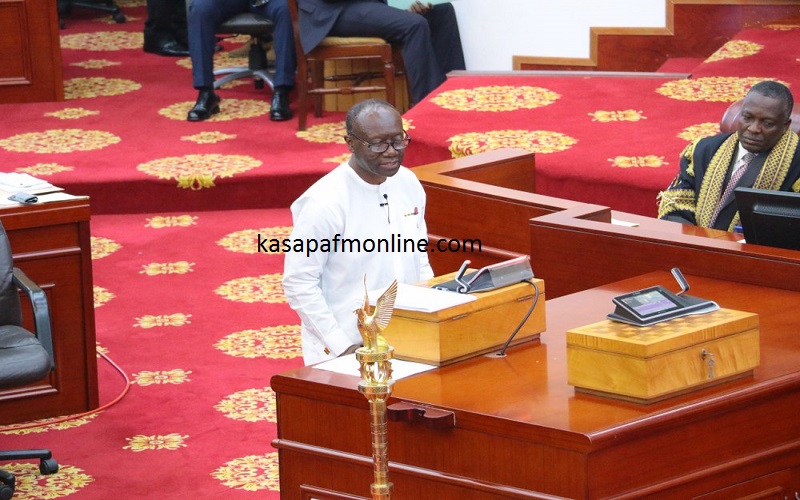 Government says it will shift the focus of economic management from taxation to production in the bid to restore and sustain macro-economic stability in the country.

Finance minister, Ken ofori Atta delivering the 2017 Budget and Economic Statement of the NPP government said government will manage the economy competently and with integrity and make the machinery of government work to deliver the benefits of progress for all Ghanaians.

He added: “Mr. Speaker prudent monitoring and external sector policies would also be pursued by the Bank of Ghana to complement the fiscal policy stance to ensure price and exchange rate stability.”

He continued:”Mr. Speaker, we are confident of the above policies which are discussed in detail in the Budget Statement will contribute to the achievement of the following macro-economic targets of 2017.”

Overall fiscal deficit of 6.5% of GDP

Primary surplus of 0.4% of GDP

Gross Foreign Assets to cover at least 3 and half months of imports of Goods and services.

The Finance Minister, Ken Ofori Atta is delivering the maiden budget and economic statement of the Akufo-Addo government to Parliament.

This is in fulfillment of Article 179 of the 1992 Constitution.