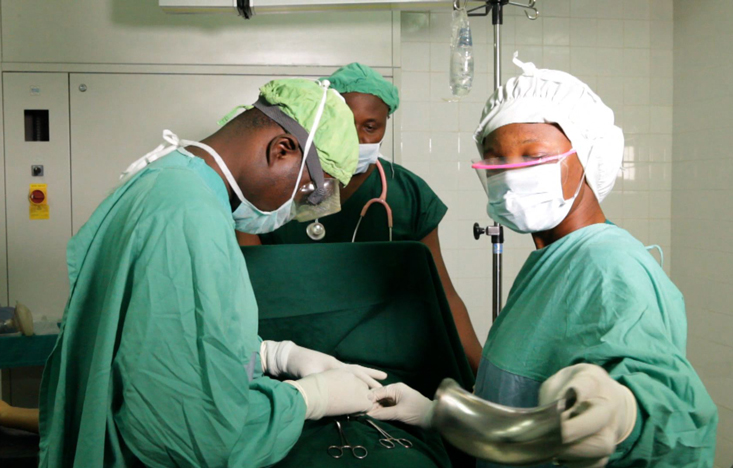 Yahaya Zuberu was referred from the Samaritan Medical Center in Tamale after being diagnosed of acute abdomen and appendicitis. He was admitted at the Emergency ward of the referral center serving three regions in the country’s north and later wheeled into a theater for surgery.

However something unexpected ensued that suddenly caused the death of the ailing man; at the theater, nurse anesthetists declined to use the only expired vecuronium drug and surgeons also did not have oxygen for treatment.

Kasapa News checks revealed that management is yet to respond to the surgeons’ complaint   and the condition of two patients seeking similar treatment on the day has remained undisclosed.  The two are feared to have suffered same fate but doctors rebuffed and gave no reason.

This is not the first time deaths have been attributed to unavailability of oxygen. In August last year two persons- a stroke patient and a boy who suffered electric shock, died prematurely after the facility lacked the vital medicinal substance.

A week ago nurse anesthetists laid down tools after they claimed management of the hospital directed and compelled them to use expired anesthesia drugs pending fresh supplies.

Seven persons reportedly suffered complications including complete loss of memories and severe pains and have been treated at private health centers after the expired drugs administered on them.

The report drew public indignation compelling management to roundly dismiss the claims and forcing the Food and Drugs Authority to initiate a probe.

The FDA after a hasty visit to the hospital has refused to divulge its findings after several attempts by Kasapa News.

Pressure groups also intensified calls for top management to step down and be investigated for mismanagement including corruption, looting and incompetence.

The NPP Kandahar Boys was forced to lock up the office of the Chief Executive Officer, Prosper Akambong after he and four other executive staffs were target of a picketing operation.

Speaking on the latest development, spokesman for Operation Save Tamale Teaching Hospital Mohammed Issah told StarrNews relative of the deceased were devastated and pathetic.

“You could see the children wailing all over at the Accident and Emergency Unit it was so pathetic. I followed and they wheeled the patient to the theater only for the doctors and the anesthetists to say to say that there was no oxygen in the Tamale Teaching Hospital and apart from that there was no vecuromium (the one that was available was also expired) so the best they could do is to bring down the patient, and when they brought the patient back he passed on. Why should anybody die in a Teaching Hospital because of a basic commodity like oxygen or vercuronium?” Issah wondered.

Issah said the group would be heading to court to compel the management including the director of Human resource Mohammed Misbao to stand down and face the law.