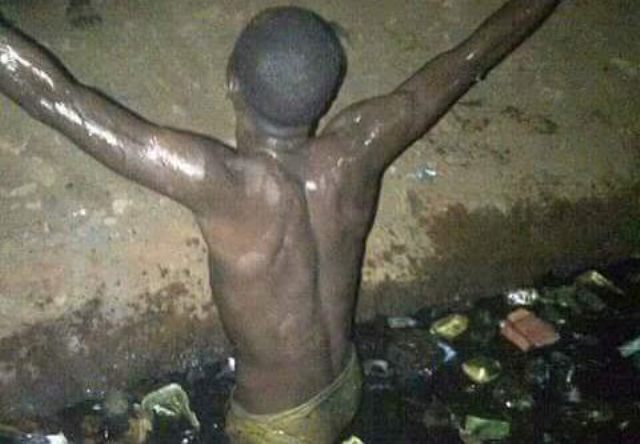 An over joyous Barcelona fan was pictured in a dirty gutter while celebrating the 6-1 win over Paris Saint-Germain on Wednesday, March 8.

Barcelona made the biggest comeback in Champions League history, thrashing Paris Saint-Germain 6-1 to overturn a 4-0 deficit from the first leg.

While celebrating the big win, a Nigerian fan jumped into a dirty pond. In the photo that has gone viral online, the man is seen in the dirty pond, in just his underwear.

Luis Suarez opened scoring for Barcelona on their big night before a Layvin Kurzawa own goal and Lionel Messi’s penalty made it 3-0.

An Edison Cavani goal in the second half nearly spoilt the party before Neymar stepped up with a late brace.

Sergi Roberto scored in the fifth minute of stoppage time to seal the famous win. 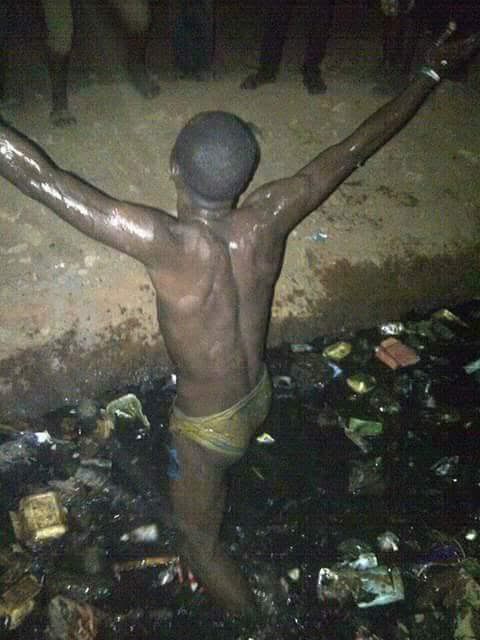 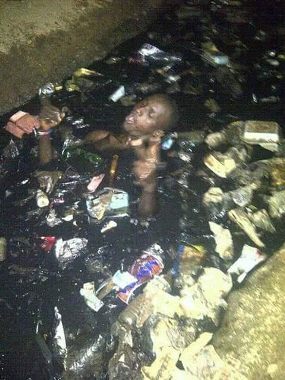 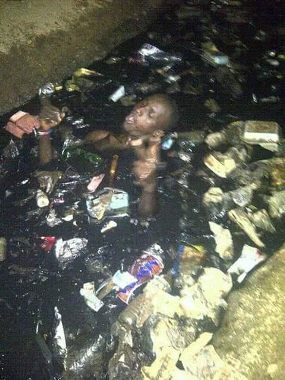 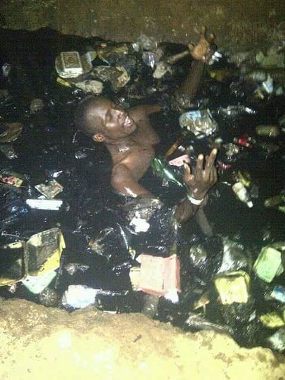