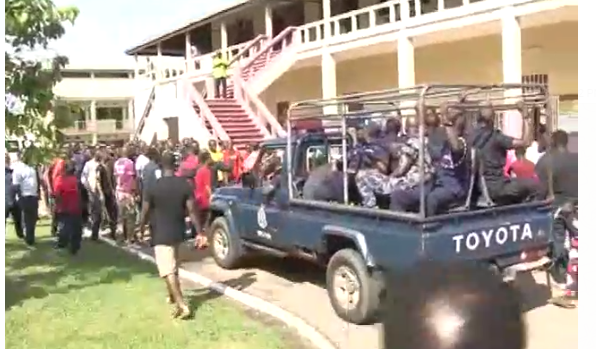 He was appointed by the President for the post but the members of the Delta Force claim they cannot work with Mr. Adjei because he is not from the region, hence he should be removed.

They broke into Mr. Adjei’s office manhandled him and asked him to leave the premises.

It took the timely intervention of the Police to rescue Mr. Adjei who was whisked to the Central Police station for protection.

The group had about a fortnight ago warned that it will forcibly eject the Security Coordinator if continues to occupy the office.