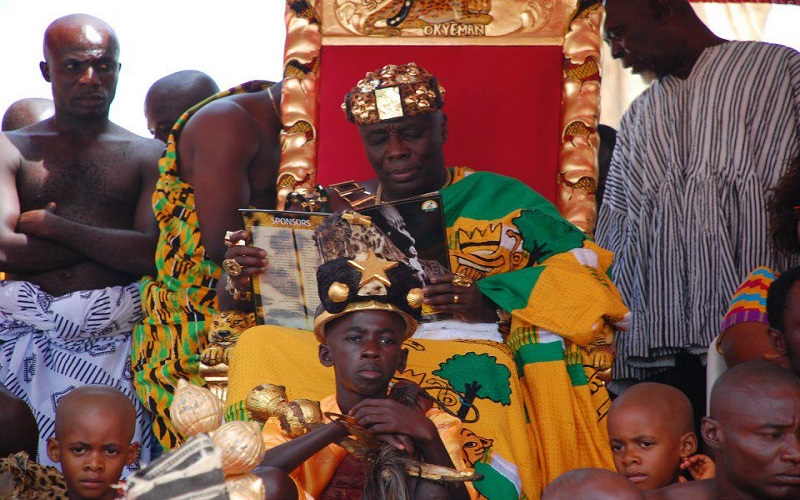 The Ministry of Lands and Natural Resources has jumped to the defense of the Okyenhene, Osagyefo Amoatia Ofori Panin II, noting that nowhere in the recent leaked BNI report was the the name of the Overlord of the Akim Abuakwa State mentioned as being complicit in illegal mining activities.

The Okyenhene’s Palace was also not mentioned as having a hand in the activities of illegal mining, popularly known in the local language as ‘galamsey’in the Kibi area.

Recent media publications had suggested that the the Bureau of National Investigations (BNI) has in a report mentioned the Okyenhene’s Palace as “perceived to be behind illegal mining activities in the Kibi area.”

The publications further reported that members of the anti-illegal mining task force purportedly linked to the Okyenhene’s Palace “allegedly extort monies from illegal miners in the area.”

But a statement dated May 8, 2017, and signed by the Minister for Lands and Natural Resources, John Peter Amewu, said what was recorded in the said BNI report was a perception against the Okyenhene’s Palace.

According to Mr. Amewu, per the checks of the Ministry, the last known environmental protection task from the Palace was disbanded over three (3) years ago.

“To the best of this Ministry’s knowledge, the Okyenhene’s Foundation has rather been at the forefront of the fight against illegal mining and the Ministry will continue to urge the Okyenhene, his Foundation and other traditional authorities to continue supporting this necessary fight to save the environment,” the statement in part read.

It added “the Ministry welcomes the support of responsible community action against illegal mining.”