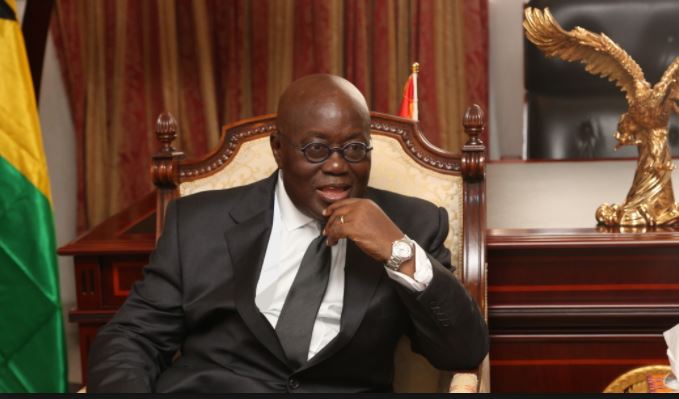 President Nana Addo Dankwa Akufo-Addo has congratulated All Nations University Space Laboratory team for putting Ghana into the Global Space community, describing their feat as ‘inspiring dedication, enthusiasm and insight for the project.’

A statement issued by Mr Issah Yahaya, the Chief Director of the Ministry of Communications on behalf of Mrs Ursula Owusu-Ekuful, the Minister for Communications said the Ghanasat-1 was released from the International Space Station (ISS) into orbit via Japan/KIBO Deployment system onboard the ISS at 0850 hours on Friday, July 7, 2017 and monitored by a team of the University’s officials and led by Ghana’s Ambassador to Japan, Mr Sylvester Parker Allotey in the control room of Japan Aerospace Exploration Agency (JAXA) at its Tsukuba Space Centre in Japan.

The statement said the launch was also watched on the JAXA TV channel.

“Ghanasat-1 is of Cube Standard shape with a dimension of 100mm x 100 mm and was launched by NASA to the International Space Station via Space X CRS Flight 11 on June 3, 2017 at the Kennedy Space Centre, Florida, USA and then released into orbit using Japan KIBO onboard the ISS.

“In his broadcast message, relayed to the Space Station by Mrs Ursula Owusu-Ekuful, the Minister for Communications, the President, on behalf of the Government and people of Ghana, expressed gratitude to Japan Aerospace Exploration Agency and Birds Project Management Team for their support in Ghana’s quest to becoming a space faring nation”.

He noted that the benefits for humankind played a major role in the socio-economic development of every country and today, Ghana is proud of the young Ghanaian engineers namely: Benjamin Bonsu (Project Manager), Ernest Matey and Joseph Quansah for this feat.

The statement said the Ghanasat-1 has Orbital inclination of 51.61 degrees, Orbital speed of 7.67 km/s and orbital period of 92 minutes and will spend 14 months after deployment at an altitude of 420 kilometres.

It said the Space Science Technology Laboratory of All Nations University, Koforidua in the Eastern Region (ANU-SSTL), formerly known as Intelligent Space Systems Laboratory (ISSL), was established in February 2012 following a sensitisation workshop held by the University.

The statement said the workshop was organised as part of ANU’s celebration of a decade of innovation, excellence and quality higher education, and was the first of its kind in Ghana. It attracted University scholars, researchers, government workers, among many others. “Its members are made of the university students and faculty members who are dedicated to championing and establishing Space Science research and study in Ghana and Africa”, the statement said.