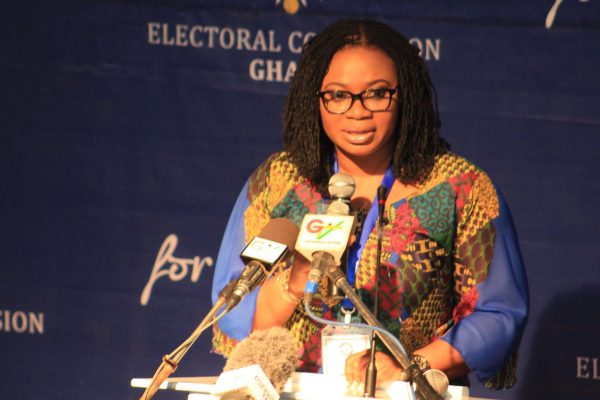 Chairperson of the Electoral Commission (EC) of Ghana, Madam Charlotte Osei has opened up her defence over some alleged corrupt practices levelled against her by some faceless concerned staff of the Commission.

In a mind-blowing response to a petition filed against her, the Chairperson of the EC revealed that her hands are clean unlike that of the deputy Commissioner in charge of Operations, Amadu Sulley.

According to Charlotte Osei, some amount of money totalling GH¢6m which was realised from the conduct of primaries of the various political parties and belonging to the Commission has ended up in the pockets of Amadu Sulley.

This act, she termed illegal, was done without the knowledge of the Commission’s Finance Department.

“The Deputy Chair Operations collected six million Ghana Cedis in cash from political parties for the organization of party primaries without recourse to the structures of the Commission, without the involvement of the finance department of the Commission,” she revealed.

She added “Political party primaries were treated as a private commercial project by the Deputy Chair Operation with funds paid directly into the personal accounts of key staff for functions to be performed for party primaries”.

Concerned about this alleged malfeasance, the EC chairperson has vowed to probe the conduct of Amadu Sulley and other Commissioners believed to have violated the rules governing the Commission.

“It is worth pointing out, that while the Chairperson is persistently accused of arrogance and taking unilateral decisions, there is ample evidence of extreme arrogance, ineptitude and blatant breaches of the law by the deputy Chairpersons. The Deputy Chairperson F/A has signed contracts worth over GH¢40m without the knowledge and authorization of the Chairperson between July-September 2015,” she said.

Further to that “payments were also made on these contracts in excess of her approval limits and again, without the knowledge and authorization of the Chairperson.”

In her view, the conduct of the deputy commissioner F/A is “illegal, criminal and a breach of the policies of the Commission and the laws of Ghana.”