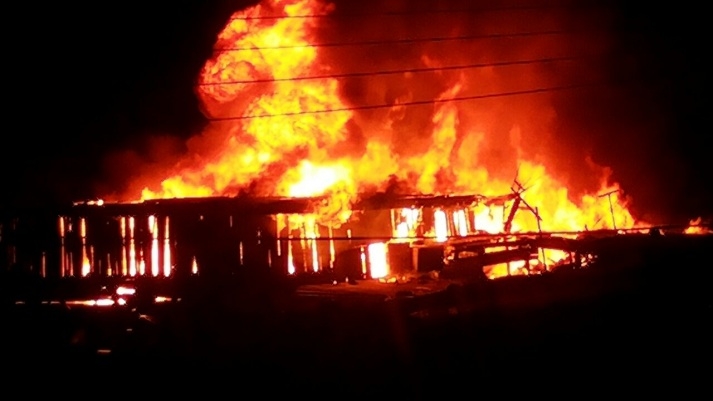 Fire has gutted the Kasoa old market Square in the Central region.

Reports say more than 100 shops have been razed down by the inferno.

An eye witness Adnan Adams reported that the market facility is still in flames as personnel of the fire service, who have been at the scene since dawn are having a tough time tackling the massive blaze because of uneasy access routes.

It is unclear what triggered the Sunday dawn  fire.