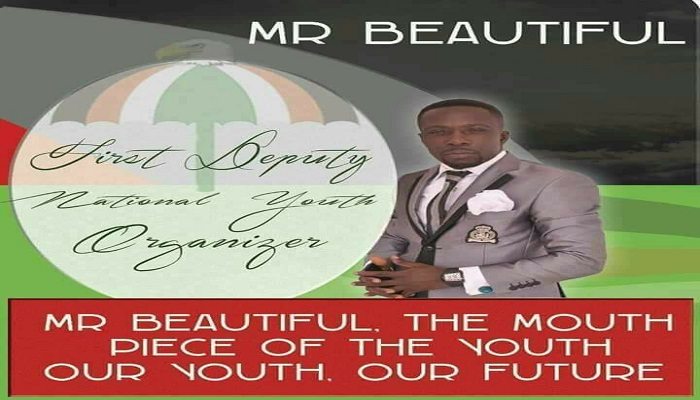 A campaign poster of Mr. Beautiful has popped up with the comic actor whose real name is Clement Bonney, advertising himself for the position of First deputy National Deputy Organizer of the opposition National Democratic Congress (NDC).

His campaign is under the theme “Mr. Beautiful, the mouth piece of the youth, our youth, our future.”

Mr. Beautiful as he is affectionately called by his followers has gradually warmed himself into the hearts of the NDC by campaigning vigorously for then candidate John Evans Atta Mills of blessed memory to be elected President of the land.

He also campaigned fervently for then John Dramani Mahama to also be elected President of the land. But his second attempt to get Mr. Mahama re-elected as President fell on the rocks living him with option than to contest for the position of First deputy National Organizer of the umbrella family.

It is however not clear whether the umbrella family will vote massively for him to get the position since so many prefer him to concentrate on his comic acting roles to keep Ghanaians entertained instead of becoming a political figure.