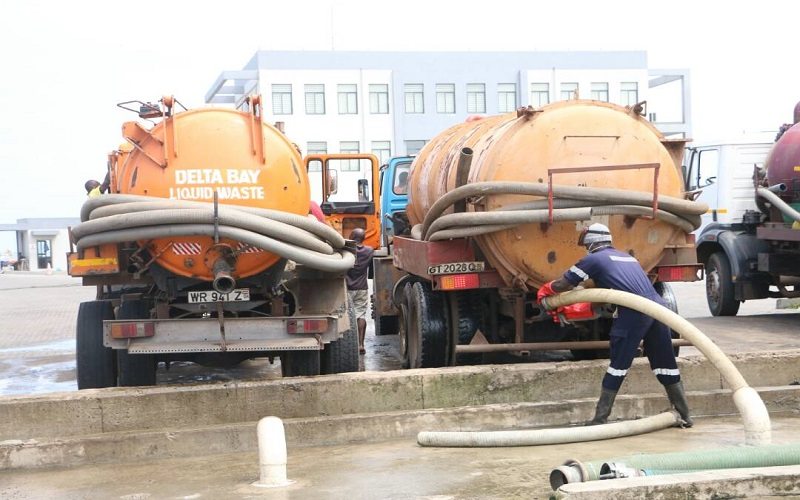 The Lavender Hill and Mudor Faecal Treatment Plant under the management of Sewage Systems Ghana Limited(SSGL) in Accra has been enjoying high patronage since full operation began in January, this year.

The facility(ies), which has the capacity to receive 80 per cent of the entire human waste generated in Accra, is currently receiving between 200 and 250 trucks of human waste daily.

“Patronage of the facility is so impressive that we are currently putting in place measures to contain more of the human waste brought in to the plant,” Ms Lola Asiseh Ashitey, the Business Development and Communication Manager for Sewage Systems Ghana Limited (SSGL) said in an interview with the Daily Graphic in Accra.

The $80 million plant has a well-equipped laboratory, a 5,500 cubic metre tank and a machine for odour control, among other facilities.

Ms Ashitey said since full operation began, management had put in place measures to ensure that the facility was able to deal properly with the faecal waste brought to the centre daily.

She said the facility had been positioned well and adequately resourced to manage 80 per cent of the entire faecal waste generated in the region.

“We have in place the equipment and the human resources to efficiently manage the over 200 trucks of waste the facility receives daily” Ms Ashitey said.

She said the Lavender Hill and Mudor Faecal Treatment Plant was the biggest among the three facilities being managed by the company in Accra.

Explaining the difference between Lavender Hill and Mudor Treatment Plant from another Lavender Plant which shared the same location, Ms Ashitey said “our plant fully treats both liquid and solid waste”.

“The other facility separates liquid from solid and tries to benefit from the solid to generate compost, while the liquid is discharged into the sea untreated. But our facility treats both solid and liquid waste to get the best out of them,” she said.

According to Ms Ashitey, the Lavender Hill and Mudor Treatment Plant was built to meet the Environmental Protection Agency (EPA) standards,” she said.

Throwing light on some of the challenges the facility had faced so far, Ms Ashitey said apart of the fact that most of the human waste brought to the plant had in them discarded materials, the facility is managing its challenges.

“Most of the human waste brought to the plant had in them foreign materials, including jeans, shirt, polythene bags. We therefore have to spend time and resources to separate them because the Plant only manages human waste,” she said.

Ms Ashitey urged the public to manage their septic tank well by avoiding putting inside of them materials that would not allow for easy processing.