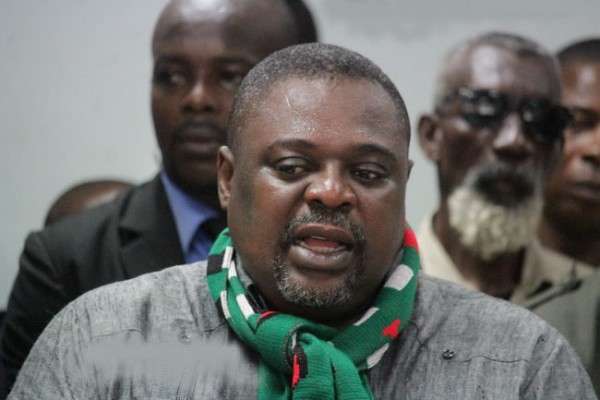 The Deputy General Secretary of the National Democratic Congress(NDC), Koku Anyidoho has said the main opposition is unwavering in its resolve to return to the Presidency in the 2020 general elections.

Although the party lost terribly to the ruling NPP in the 2016 polls, the main opposition still hangs on to its failed mantra used in the heat of the 2016 polls, “We’re in a comfortable lead” insisting it won’t miss the opportunity to return to power in the next polls.

“…All I can assure you is that, the NDC is still in the comfortable lead, we are in a comfortable lead to win the 2020 elections. We are coming back and we shall invite you to our Congress after we’ve won.” Anyidoho said in solidarity message on behalf of the main opposition NDC during the 2017 Annual National Delegates Conference of the governing NPP.

The ruling New Patriotic Party’s  2017 Annual National Delegates Conference is underway at the New Examination Centre of the University of Cape Coast in the Central region.

Over 5,000 delegates drawn across the country have converged to take part in the conference .

This delegates conference according to the NPP will consider some proposals for amendment aimed at consolidating the constitution of the party especially when it comes to their internal elections as well as overall running of the party.

The party will also hold a rally at the Jubilee Park in Cape Coast later in the afternoon after the amendment process to galvanize their support base in the region while again providing the avenue for the supporters to know what the party has been up to since assuming office some 8 months ago .

Some of the dignitaries seated for this conference include, the President of the Republic, Nana Addo-Addo Dankwa Akufo-Addo , Vice President, Dr. Mahamudu Bawumia, former President H.E Agyekum Kufour , Speaker of Parliament Prof.Mike Oquaye and a host of government functionaries and executive members of the party.

EC updates Parliament on preparations towards Election 2020 this week