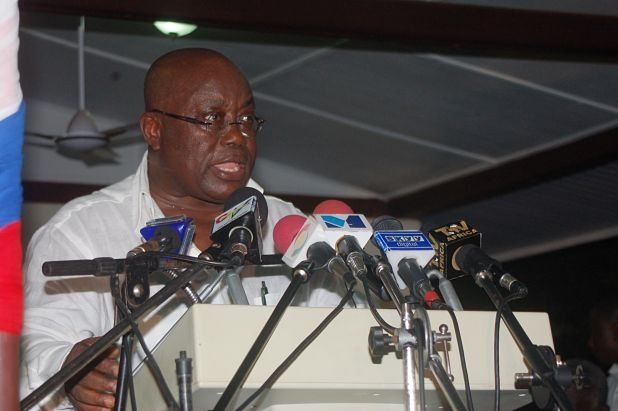 President Nana Addo Dankwa Akufo-Addo says  the forebears of the party left behind unrivaled legacies which he will ensure the party will remain faithful to that tradition.

He adds:”We are the heirs of the noblest tradition in Ghanaian politics” insisting any act by members of his administration and the party in general to change the course of the entrenched legacies of the party will be dealt with ruthlessly.

” The tradition of freedom, the tradition of progress, the tradition of development in freedom, is a precious asset and we are going to be faithful to that tradition. We’re faithful to that tradition if we recognize that , we are all in the same boat, and we are rowing towards the same destination about the upliftment of Ghana and about freedom in Ghana. It means that therefore, anybody who wants to rock that boat and capsize it, for the time being,  I am the captain of the boat. I am not going to allow anybody to capsize our boat. Too much effort and sweat and sacrifice has gone into bringing us where we are here today to allow anybody to capsize it.” he said in an address during the Annual Delegates Conference at Cape Coast.

The ruling New Patriotic Party’s  2017 Annual National Delegates Conference is underway at the New Examination Centre of the University of Cape Coast in the Central region.

Over 5,000 delegates drawn across the country have converged to take part in the conference .

Thw delegates conference, according to the NPP will among other things consider some proposals for amendment aimed at consolidating the constitution of the party especially when it comes to their internal elections as well as overall running of the party.

The party will also hold a rally at the Jubilee Park in Cape Coast later in the afternoon after the amendment process to galvanize their support base in the region while again providing the avenue for the supporters to know what the party has been up to since assuming office some 8 months ago .

Some of the dignitaries seated for this conference include, the President of the Republic, Nana Addo-Addo Dankwa Akufo-Addo , Vice President, Dr. Mahamudu Bawumia, former President H.E Agyekum Kufour , Speaker of Parliament Prof.Mike Oquaye and a host of government functionaries and executive members of the party.