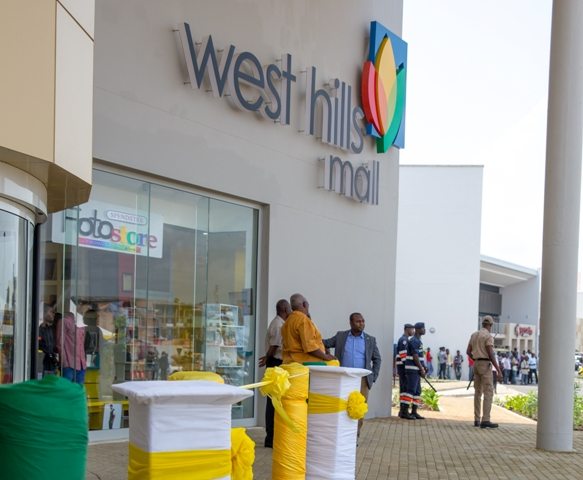 The attention of the general public has been drawn to a fraudulent notice posted on various social media platforms announcing a wide range of job vacancies and employment opportunities at West Hills Mall.

The Management of West Hills Mall today categorically dismissed as unauthorized and false, an announcement flaunting several job openings and attractive terms of service to the public and has advised job seekers to ignore it and report any related dealings to the Police.

On July 24, 2017, a suspicious announcement promising the availability of a wide range of job openings was posted on Facebook and has, since last Sunday, gone virile across most social media platforms, particularly on Whatsapp.

The post announces employment opportunities in over a dozen job categories, including IT Engineers, Waiters and Waitresses , Plumbers, Secretaries, Security Drivers, Beauticians, Receptionists and ‘Accountant Electricians’ among others and promises free meals, free accommodation and “on the job tuition” for successful job applicants. It also promises a handsome salary for prospective workers, ranging from Ghc150 to Ghc600 and directs interested persons to call or make enquiries from “the Resource Manager” whose number was given as: 0556 186 250.

“This is a complete hoax, hastily designed to rip off unsuspecting and desperate job-seekers. It first popped up on the Facebook page of a certain Daniel Antwi on July 24 and is now everywhere,” Marketing Manager, Michael Oduro Konadu told journalists.

Mr. Konadu cautioned that the management of the mall is not responsible for recruiting personnel or workers for its tenants and stressed that the real purpose of the advert is to extort monies from innocent job-seekers as a fee of Ghc 70.00 is demanded by the fraudsters as ‘registration fee’.

“It is a ridiculous scam which smacks of ignorance about how the mall operates, but if the fraudsters are not exposed sooner, it is possible that certain individuals – especially the youth and some desperate job-seekers, may easily fall for it,” said Centre Manager, Jonathan Lotter.

The Weija District Police Headquarters is on the alert and is working to track down the source of the false announcement.